On 28 February 2010, Meridiana and Eurofly merged to create Italy's second biggest airline, Meridiana fly. The aircraft of both airlines are being repainted with a new interim livery. However Eurofly's GJ code will be replaced by Meridiana's IG code.[3] The new airline will serve a total of 7 intercontinental, 16 European and Mediterranean, and 18 domestic destinations.

On 12 February 2011, Il Messaggero reported that Alitalia and Meridiana are in merger talks. The airlines’ boards have yet to make a decision about combining. A merger may take place through a share swap and give the Aga Khan who controls Meridiana between 5 percent and 7 percent of Alitalia, according to Il Messaggero. That would correspond to a valuation of Meridiana of about 100 million euros ($135 million), the paper said.[4]

On 18 July 2011, Meridiana fly announced the merger with Air Italy [5]. The new group will become the main charter operator in the Italian market and more prominent in Europe. Post merger, the airline group will scale down the fleet by 13 aircraft.[6]

Hi-Fly is the loyalty programme of Meridiana Fly. The program consists of two levels. The Hi-Fly level allows for the accumulation of miles for the redemption of travel and merchandise. The Fly Pass Club can be earned by flying 12,000 miles or purchased. 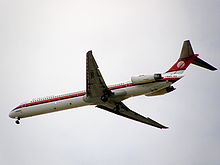 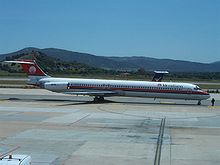 Meridiana fly has codeshare agreements with the following airlines:

The "new" Meridiana fly company has a fleet of 34 aircraft:

1 A number of A320 and A319 aircraft are being painted in an all white interim livery until a new design is completed.

2 Meridiana Fly will be eliminating nine MD-8x aircraft as part of its restructuring plan.[8]