The Lord Mayor is elected each year at Michaelmas 'Common Hall', and takes office on the Friday before the second Saturday in November, at 'The Silent Ceremony'. On the day after taking office, the Lord Mayor's Show is held; the Lord Mayor, preceded by a procession, travels to the Royal Courts of Justice on the Strand, Westminster to swear allegiance to the Sovereign in the presence of the judges of the High Court.

The Lord Mayor's main role is, as it has been for centuries, to represent, support and promote the businesses and the people of the City of London. Today, these businesses are mainly in the financial sector and the Lord Mayor is seen as the champion of the entire UK-based financial sector regardless of ownership and location within the country. As head of the Corporation of the City of London, the Lord Mayor is the key spokesman for the local authority and also has important ceremonial and social responsibilities. He is apolitical, which gives added credibility at home and abroad when representing the financial sector. He gives over 800 speeches in the year and spends over 100 days abroad in some 22 countries. The Lord Mayor is also the Chancellor of the City University of London and is assisted in the daily operation of the city by the leading personnel for the City of London[2] whose titles are the Town Clerk and Chief Executive, Chamberlain and Remembrancer. 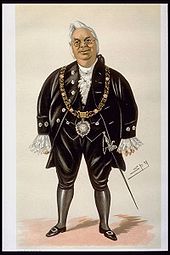 Of the 66 cities in the United Kingdom, the City of London is among the 30 that have Lord Mayors (or, in Scotland, Lords Provost). The Lord Mayor is entitled to the style The Right Honourable; the same privilege extends only to the Lord Mayors of York, Cardiff and Belfast, and to the Lords Provost of Edinburgh and Glasgow. The style, however, is used when referring to the office as opposed to the holder thereof; thus, "The Rt Hon The Lord Mayor of the City of London" would be correct, while "The Rt Hon John Smith" would be incorrect. The latter style applies only to Privy Counsellors.

It was once customary for Lord Mayors to be created knights upon taking office and baronets upon retirement, unless they held those titles already. The custom was applied inconsistently from the 16th until the 19th centuries; creations became more regular from 1889 onwards. From 1964 onwards, the regular creation of hereditary dignities such as baronetcies ceased, but Lord Mayors continued to be granted knighthoods (usually of the rank of Knight Grand Cross of the Order of the British Empire) until 1993. Since 1993, Lord Mayors have not received any automatic honours upon appointment; instead, they have been created Knights Bachelor upon retirement, although Gordon Brown's government broke with tradition by awarding Ian Luder the CBE after his term of office in 2009, and the following year Nick Anstee declined the offer of any national honour. Furthermore, when foreign Heads of State visit the United Kingdom, they sometimes confer honours on the Lord Mayor. For example, in 2001, Sir David Howard was created a Grand Cordon, First Class, of the Order of Independence of Jordan following the state visit of King Abdullah II. Additionally in recent years Lord Mayors have been appointed Knights of St John (KStJ), of which order HM The Queen is Sovereign Head.

The office was instituted in 1189 with the first holder of the office being Henry Fitz-Ailwin de Londonestone. The Mayor of the City of London has been elected by the City, rather than appointed by the Sovereign, since a Royal Charter providing for the same was issued by King John in 1215. The title "Lord Mayor" came to be used after 1354, when it was granted to Thomas Legge (then serving his second of two terms) by King Edward III.

Lord Mayors are elected for one-year terms; by custom, they do not now serve more than one consecutive term. Numerous individuals have served multiple terms in office, including:
As Mayor:

The last individual to serve multiple terms was Robert Fowler (elected in 1883 and in 1885).

Dame Mary Donaldson, elected in 1983, is the only woman to have held the office thus far. Almost 700 people have served as Lord Mayor.

Some Lord Mayors in the Middle Ages, such as Sir Edward Dalyngrigge (1392), did not reside in London. Since 1435, the Lord Mayor has been chosen from amongst the Aldermen of the City of London. 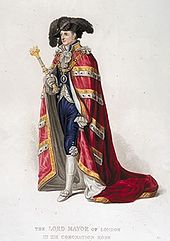 The Lord Mayor bears his mace at coronations.

The Lord Mayor is elected by Common Hall, all Liverymen of the City's Livery Companies. Common Hall is summoned by the sitting Lord Mayor; it meets at Guildhall on Michaelmas Day (29 September) or on the closest weekday. Voting is by show of hands; if, however, any liveryman so demands, balloting is held a fortnight later.

Since 1385, prior service as Sheriff has been mandatory for election to the Lord Mayoralty. Two Sheriffs are selected annually by Common Hall, which meets on Midsummer's Day for the purpose. By an ordinance of 1435, the Lord Mayor must be chosen from amongst the Aldermen of the City of London. The people of each of the city's 25 wards select one alderman, who formerly held office for life or until resignation. Now each alderman must submit himself for re-election at least once in every six years. An individual elected Lord Mayor need not relinquish membership of the Court of Aldermen. 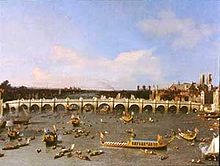 In 1747, the Lord Mayor went to Westminster Hall on a barge via the River Thames.

On the day after being sworn in, the Lord Mayor participates in a procession from the City of London to the Royal Courts of Justice in the City of Westminster, where the Lord Mayor swears his allegiance to the Crown. This procession is known as the "Lord Mayor's Show" and is one of the longest established and best known annual events in London. The Lord Mayor travels in a State Coach that was built in 1757 at a cost of £1,065.0s.3d. (£120,200 as of 2011).[4] In its modern form, it is a fairly light-hearted combination of traditional British pageantry and elements of carnival. Since 1959 it has been held on the second Saturday in November. Participants include the Livery Companies, bands and members of the military, charities and schools. In the evening, a fireworks display is held.

As noted earlier, the main role of the Lord Mayor is to represent, support and promote the financial, maritime and other business services industry in the UK. He undertakes this as head of the City of London Corporation and, during his year, hosts visiting foreign Ministers, businessmen and dignitaries; furthermore, he conducts several foreign visits of his own in order to promote the British financial sector.

Banquets hosted by the Lord Mayor often serve as opportunities for senior Government figures to make major speeches. At the Lord Mayor's Banquet (held on the Monday after the Lord Mayor's Show), the Prime Minister delivers the keynote address. At the Banker's Dinner in June, the Chancellor of the Exchequer delivers a speech known as the Mansion House Speech, which takes its name from the Lord Mayor's residence. At the Easter Banquet, which is also hosted at Mansion House, a speech is delivered by the Secretary of State for Foreign and Commonwealth Affairs.

The Lord Mayor performs numerous other functions. He serves as the Chief Magistrate of the City of London, Admiral of the Port of London, Chancellor of City University, President of Gresham College, President of City of London Reserve Forces and Cadets Association, and Trustee of St Paul's Cathedral. The Lord Mayor is also the head of the Commission of Lieutenancy, which represents the Sovereign in the City of London (other counties usually have Lord Lieutenants, as opposed to Commissions), and annually attends the Treloar Trust (named after Sir William Treloar, Lord Mayor in 1906), in Hampshire. The Treloar Trust runs two educational sites for disabled children, a school and college.[5] 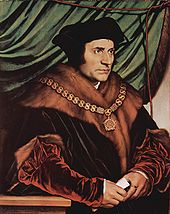 The Lord Mayor's Collar of Esses may have once been used as the symbol of the office of Lord Chancellor by Sir Thomas More.

The residence of the Lord Mayor is known as Mansion House. The creation of the residence was considered after the Great Fire of London (1666), but construction did not commence until 1739. It was first occupied by a Lord Mayor in 1752, when Sir Crispin Gascoigne took up his residence in it.

The importance of the office is reflected by the composition of the Accession Council, a body which proclaims the accession of new Sovereigns. The Council includes the Lord Mayor and Aldermen of London, as well as the Lords Spiritual, Lords Temporal and Privy Counsellors. At the coronation banquet which followed, the Lord Mayor of the City of London had the right to assist the royal butler. The same privilege is held by the Lord Mayor of Oxford; the Mayor of Winchester may assist the royal cook. Such privileges have not been exercised since 1821, when the last coronation banquet (commemorating the coronation of George IV) was held.

Since 1545 the lord mayor of London has worn a royal livery collar of Esses. This collar, however, has its origin in no royal favour, Sir John Alen, thrice a lord mayor, having bequeathed it to the then lord mayor and his successors "to use and occupie yerely at and uppon principall and festivall dayes." It was enlarged in 1567, and in its present shape has 28 Esses (the Lancastrian ‘S’), the Tudor rose, the tasselled knots of the Garter and also the portcullis.[6]