This is a list of mayors of Valenzuela, Metro Manila, Philippines.

The mayor of Valenzuela is the highest decision-maker and chief executive of the city. He leads on enforcing city ordinances and improving public services. The mayor has a term of office of three years, but has a maximum electoral tenure of three consecutive terms. Inaugural holder of the office was Pío Valenzuela (1969–1956) where the city received its namesake.

During Spanish colonial history the town that composed of what is now Valenzuela, called before as Polo, was ruled by the Gobernadorcillo which was appointed through an exclusive nomination provided by the Spanish law. Later on during the American period, first mayor Pío Valenzuela was appointed as the first and last municipal president until his resignation on 1902. Since then, municipal presidents are elected by popular vote.

The present 1987 Constitution of the Philippines defined the position, powers and responsibilities of the mayor as well as the city charter. 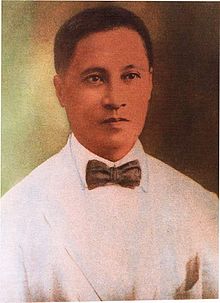