The Mayor of the City of Jersey City is the head of the executive branch of government of Jersey City, New Jersey, United States. The mayor has the duty to enforce the municipal charter and ordinances; prepare the annual budget; appoint deputy mayors, department heads, and aides; and approve or veto ordinances passed by the City Council. The mayor is popularly elected in a nonpartisan general election. The office is held for a four-year term without term limits.

Forty-two individuals have held the office of mayor since the City of Jersey City was chartered on February 22, 1838. Dudley S. Gregory was the inaugural mayor of the city, and served on three separate occasions for a total of five years. The current mayor is Jerramiah Healy; he was first elected in a special election to fill an unexpired term on November 2, 2004. Healy was re-elected to full terms on May 10, 2005 and May 12, 2009. His current term will end on June 30, 2013.

The City of Jersey City is organized as a mayor-council form of government under the Optional Municipal Charter Law. This provides for a city-wide elected mayor serving in an executive role, as well as a city council serving in a legislative role. All of these offices are selected in a nonpartisan municipal election and all terms are four years.[2] Under state law, the mayor has the duty to enforce the charter and ordinances of the city, and all applicable state laws; report annually to the council and the public on the state of the city; supervise and control all departments of the government; prepare and submit to the council annual operating and capital budgets; supervise all city property, institutions and agencies; sign all contracts and bonds requiring the approval of the city; negotiate all contracts; and serve as a member, either voting or ex-officio, of all appointive bodies.[3]

Under the original 1838 charter, mayors were elected city-wide for a term of one year. In 1868 the State Legislature extended the term of office to two years.[4] In 1892, the Legislature again changed the term of office, extending it to five years.[5] The city adopted a commission form of government under the Walsh Act in 1913.[6] This form provided for five commissioners elected city-wide. The Commissioners decided from among themselves which would serve as mayor. All terms were four years. Jersey City adopted its current form of government on May 7, 1961.[7]

Under the non-partisan form of municipal government, elections for mayor are held every four years on the second Tuesday in May.[8] If no candidate receives a majority of votes, a runoff election is held on the fourth Tuesday following the general election.[9] The term of office commences on July 1.[10] The next Jersey City mayoral election is scheduled to be held in 2013.[11]

In the event of an absence, disability, or other cause preventing the mayor from performing his duties, the mayor may designate the business administrator or any other department head as acting mayor for up to 60 days.[3] In the event of a vacancy in the office, the President of the City Council becomes acting mayor, and the council has 30 days to name an interim mayor.[12] If no interim mayor is named, the Council President continues as acting mayor until a successor is elected, or the council reorganizes and selects a new President.[12] Prior to 1971, there was no automatic succession law.[13] The office was left vacant for 47 days in 1963 when the City Council failed to reach a decision on appointing an interim mayor.[14] 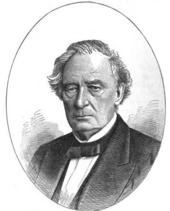 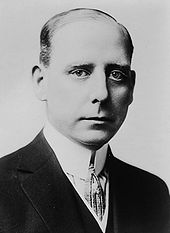 The following is a list of congressional and other offices held by mayors, before or after their term(s).