The districts are further divided up into municipalities. 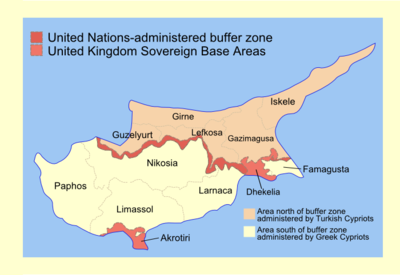 Map showing the districts of Cyprus.