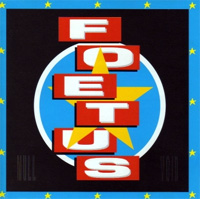 
"Null/Void" is a Foetus dual-EP set compiling an aborted pair of EPs originally scheduled for release by Sony/Columbia. "Null" was briefly distributed in the U.S. as a promotional EP. Unfortunately, the official releases of "Null" and its planned companion, "Void", were halted when Sony severed Thirlwell's contract in late 1995.

"Incesticide" is the same song as "."