Marlin High School is a public high school located in Marlin, Texas (USA). It is part of the Marlin Independent School District. The school mascot is the Bulldog. 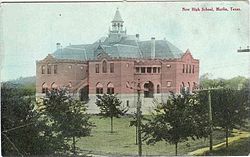 The Marlin Bulldogs compete in the following sports: