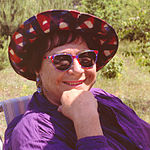 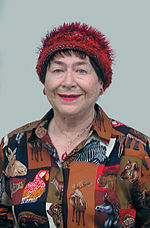 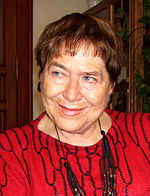 She was the daughter of the lawyer Dr. Anton Heinrich Norst (30 December 1900 in Czernowitz – 8 September 1974 in Sydney) and the English language scholar Dr. Mary Norst, née Widrich (6 August 1900 in Vienna – 22 September 1967 in Sydney), and grandchild of the author and journalist Dr. Anton Norst (30 April 1859 in Załuże near Zbarazh (formerly Galicia, Austria-Hungary) – 11 April 1939 in Vienna), who was a brother of Eugenie Schwarzwald.

Following the Anschluss (the annexation of Austria by Germany) in March 1938 the Norst family fled Austria because of the threat of persecution by the Nazi regime. After a short stay from 22 May to 22 June 1938 with Anton’s sister, Else Rubinowicz (1892-1969), wife of the physicist Wojciech Rubinowicz, in Lwów/Poland the Norsts moved on to Denmark, where they stayed for a few months on the island of Thurø with the author Karin Michaelis, a friend of Eugenie Schwarzwald. There they met Bertolt Brecht and his second wife, Helene Weigel. After that they travelled on to Canada and finally settled in Australia. Marlene’s father was employed in a cannery in Leeton as food technologist and tasked with establishing a laboratory.

In Leeton Marlene went to a Catholic primary school and then became a boarder at Mt. Erin Presentation Convent in Wagga Wagga.

After secondary school she studied German and Linguistics at Sydney University and later at Newcastle University.

After teaching 1952-1956 at Naremburn Boys’ School, Riverside Girls’ School (both in Sydney) and at Kempsey High School, a co-educational country school, she left for London where she taught for two years at Walworth Comprehensive School. During this period in Europe she spent about three months in Vienna and gained her “Universitätssprachprüfung” (university language exam) at Vienna University. One of her students in Kempsey (New South Wales) was the Aborigine Harry Penrith, later known as Burnum Burnum.

From 1957 – 1967 Marlene taught at the German department of Newcastle University. She received her PhD from Newcastle University on 17 March 1972. The title of her PhD thesis was: Julius Duboc and Robert Waldmüller. An Enquiry into some Aspects of the Literary Biographical Genre.

In 1964 she was the recipient of a German government grant and studied German Biedermeier literature at the University of Heidelberg.

From 1968-1986 Marlene lectured in German, Linguistics and Children’s literature at Macquarie University, in the Department of Modern Languages, serving as Associate Professor in German for 10 years.

In 1974 she worked for a year in the Linguistics Department at the University of Edinburgh, doing research on the perception of intonation patterns by native and non-native speakers, using synthesised and natural speech.

In 1978 she was attached to the Linguistics Department of Vienna University and worked on language planning in multi-lingual societies. Main areas of work: German language and literature studies, linguistics, language pedagogy, English as a second language, socio-linguistics, children’s literature.

Marlene participated in numerous linguistic conferences (e.g. 1982 in Mexico and the Netherlands) and gave lectures at universities in London, Vienna, Hamburg and Oldenburg.

In 1986 Marlene received a grant from the Austrian government to study the migration patterns of Austrian remigrants from Australia (migrants who had decided to return to Austria). This work as well as extensive research in Australia, including many interviews with Austrian migrants in Australia and Austria formed the basis of the book Austrians and Australia (with Johanna McBride) which was published in 1988.

In 1986 she resigned from Macquarie University and established herself as a freelance writer, multicultural consultant and teacher.

In the Vienna Natural History Museum she discovered the drawings of the Austrian botanic artist Ferdinand Lucas Bauer (1760-1826), who had documented Australian flora and fauna when he was engaged to accompany Matthew Flinders on the first circumnavigation of the Australian continent. At the invitation of the British Museum which holds his corresponding colour drawings, she wrote a book about Ferdinand Lucas Bauer in which she brought together the pencil and colour drawings.

In 1989 Marlene embarked on an oral history project entitled Family Reflections, where she supported families in documenting and writing their stories and history. She was a close friend of the Aboriginal activist, Burnum Burnum (1936-1997) and on his request wrote his biography Burnum Burnum: A Warrior for Peace.

She taught English language and literacy to international students, migrants as well as street kids and ex-prisoners at institutions including Sydney Skill Share, Wesley Skill Share and Street Smart, as well as Sydney TAFE and Nature Care.

In recent years Marlene translated a number of German plays into English – including works by Igor Bauersima, Falk Richter, Lukas Bärfuss, Roland Schimmelpfennig, Reto Finger, Margareth Obexer, Agnes Gerstenberg. Many of these translations have had public performances. The play Before / After (Vorher / Nachher) was performed by Sydney Theatre Company in February 2011, less than two months after her death.

As an enthusiastic chorister Marlene was a member of Sydney Philharmonia Choir and of SUMS (the Sydney University Musical Society) for many years and took part in many performances and concert tours in Australia and overseas.