Laurie's images have been displayed worldwide at venues such as Disney World's Epcot Center, Hungary's National Culture Center, the Calgary Stampede, London's International Hall of Fame,[4] and the Czechoslovakia International Celebration of Women. Three of his female nude portraits are aboard the Voyager III time capsule.[1]

Mark Laurie was born in Didsbury, Alberta, Canada, receiving his education at Henry Wise Wood Senior High School and Mount Royal College in Calgary. Laurie worked as a recreation director, and as a realtor before settling into what would become his career and passion: photography.[5]

In addition to his boudoir,[9] nude, and glamour portfolios, Laurie does pre-natal and family photography, high profile celebrity and charity events, and has also done commercial and wildlife shoots. He is the author and photographer of two fine art photography books,[10][11] as well as a book of poetry, one of his lesser-known indulgences.[12]

In 1980 the partners created Inner Spirit Photography, incorporating it four years later. The studio specialized from the beginning in photographing women.[13] Their mission statement was “to create images that express a woman’s inner and outer beauty and provide an experiential environment that enlarges the boldness of a woman’s soul.” By 1984 the home-based Calgary studio was receiving a growing and significant amount of media coverage, including a 14 minute national news story on CBC on June 12, 1984.

In 1987 Mark Laurie and his photography techniques were the subjects of a year long clinical study which observed how Laurie’s work was notably different from mainstream portrait photography, and statistically how those differences resulted in more positive psychological and lifestyle benefits for his subjects. Among other things the study discovered was that his photography sessions were catalysts of change in his clients’ lives.[14][15]

Through the 1980s Mark Laurie became known as the resident celebrity photographer in southern Alberta, shooting portraits for stars appearing in the Calgary area, including Cloris Leachman, David McCallum, Robert Reed, George Kennedy, Georgia Engel, and family photographer for Bret "the Hitman" Hart. This is a recognition and honour that he still holds, most recently being the official photographer for the 2010 Calgary Choice Awards,[16] Fashion Has No Borders: Calgary, and Leonard Nimoy’s high profile “homecoming” to the town of Vulcan, Alberta.

Mark Laurie continues to reside in Calgary, Alberta with his wife Jan Howells-Laurie. In his spare time he donates the use of his photography studio and some of his original work to charity events and fundraisers such as the Calgary Choice Awards and the Sportchek Mother's Day Walk & Run. 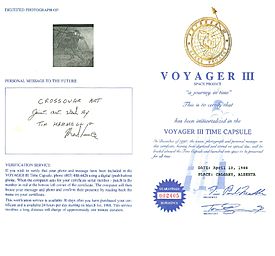 Mark Laurie began crossover photographic art in 1984 with the blending of an airbrush environment painted onto photographic prints. Several of those images won awards, and one,The Defender, which was a collaboration with an airbrush artist, is even included in a collection of his work aboard the NASA Voyager III Time Capsule that launched in December 1990.[17]

Laurie had worked with computers since the mid 1980s as a hobby, doing image manipulation and writing software code for programs and databases. His innovation and creativity pushed photographic conventions, and by 1989 he was a pioneer in digital art photography. Always on the front edge of photographic changes, Laurie was doing digital alterations to his images before the advent of Adobe Photoshop. A second photographic art piece - this time a mix of body paint, pre-Photoshop digital work and airbrush - was included in the aforementioned NASA Voyager III collection.

At one industry event some of the judges wanted to throw Laurie out of the organization, so angered were they at having digital work entered into their contest. It was years before digital art photography became commonplace. In 1994 Laurie won the first ever Professional Photographers of Canada (PPOC) Award for a digital image.

In 1984, Mark Laurie joined the Professional Photographer Association of Canada and the local Alberta branch, and began teaching the same year out of province, and internationally by 1985. As his notoriety and award list quickly grew, he was receiving many requests to share his knowledge with other photographers. Laurie became an instructor, teaching courses and speaking at professional photography seminars and workshops. He also began to accept individual students for his mentorship programs.

In 1987 Laurie was the Host and Producer of the educational photographic how-to TV series Inner Spirit Photography. It ran on Calgary Cable 10 for a season of seven episodes.

Laurie was the headline speaker at the Canadian National Photographers convention in August 1992, was past president to several photography organizations including Professional Photographers of Canada and Calgary Photographic Society, and the founding editor of two photography magazines, Portfolio Magazine and InFocus, and the PPOC Loan Collection Book Series.

Mark Laurie still teaches in Canada, England, and Italy, maintains a professional photographer mentorship program, and holds photography seminars and workshops in locations around the world. In 2008 he launched his Revealing Venus series of workshops [23] which annually gather photographers of all skill levels for direct instruction with the award-winning photographer, and unique opportunities to photograph nude models and have the resulting images published in one of Mark's books. The Revealing Venus workshops continue to date. [2][24]

He has served as a National and International Accredited Print Show Judge for over 30 years, and will be a Speaker and Judge at the 2012 Society of Wedding & Portrait Photographers Convention in England [25]. Mark writes on professional topics for a variety of industry and online publications, as well as posting photography tips and advice on his blog entitled What’s Mark Up To.[26] 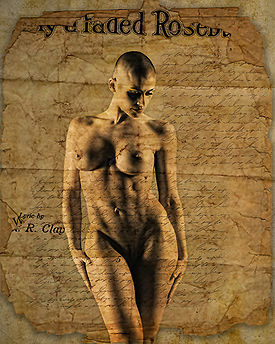 In 2011 Mark received an Artist of the Month recognition at Renderosity.com [29], an online photographic community with over 700,000 members. He also had two prints, "Body Armour" and "Goddess of Time", accepted to hang at the PPOC print salon in Quebec for the National Convention Awards.

All of Mark Laurie’s competition entries and award-winning images are taken from his day-to-day client work. They are not custom-created for any of the competitions - they are images that his patrons have selected for their walls or album collections.