Maritime Academy of Asia and the Pacific

Maritime Academy of Asia and the Pacific
"MAAP" redirects here. For the municipality in Micronesia, see Maap.

The Maritime Academy of Asia and the Pacific (MAAP) is a non-stock, non-profit maritime higher educational institution which is owned, developed and operated by the Associated Marine Officers’ and Seamen’s Union of the Philippines (AMOSUP). AMOSUP President Capt. Gregorio S. Oca heads the Academy’s board of governors, a group comprised by some of the most influential organizations in the international maritime industry: the Filipino Association of Maritime Employers (FAME), the International Transport Workers’ Federation (ITF), the All Japan Seamen’s Union, the Norwegian Seafarers’ Union (NSU), the International Maritime Employers Committee Limited (IMEC), the Danish Shipowners Association, the Norwegian Shipowners Association (NSA), Japanese Shipowners Association (JSA) and the International Mariners Management Association of Japan (IMMAJ). With their technical and financial support, the first MAAP campus opened its doors to its first batch of students in 1999.

Recognizing the Filipino as one of the most valuable human resources, the All-Japan Seamen’s Union (JSU) and the International Mariners Management Association of Japan (IMMAJ) has partnered with MAAP to build a second facility within the Academy grounds, the JSU-IMAAJ Campus.

MAAP’s primary objective is to meet the ever increasing demand of both local and foreign shipping companies with well disciplined, ably trained, competent and qualified deck officers and marine engineers who are readily at hand in a globally competitive maritime trade and industry.

Committed to be one of the world's best, MAAP was established on January 14, 1998 at Kamaya Point, Alas-asin, Mariveles, Bataan, in an 18-hectare land equipped with the state of the art facilities and an academy that is at par with other world maritime schools in terms of academic excellence in maritime education and training. It was inaugurated by Philippine President Joseph Ejercito Estrada on 6 November 1999. It was founded by Capt. Gregorio S. Oca, chairman of the Associated Marine Officers and Seamen's Union of the Philippines (AMOSUP).

In 2009, the academy expanded into 103-hectare from its initial 18-hectare land area. Two Japanese seafarer organizations, the All Japan Seamen's Union (JSU) and the International Mariners Management Association of Japan (IMMAJ), contributed to the construction of the new campus and was involved from then on with its operation. Hence, the additions to its initials "AJSU-IMMAJ Campus".

President Gloria Arroyo listens to MAAP president in her visit to the academy.

MAAP midshipmen in formation in front of AJSU-IMMAJ campus.

Ahead of its inauguration in June 2009, the academy held a grand ceremony on April 7. Philippine President Gloria Macapagal-Arroyo attended the event, as had other interested parties from Japan and the Philippines.

The two campuses are located on a hill near Manila Bay and Corregidor Island. Each has three main buildings: an academic building with classrooms, simulators, laboratories and a library; a dormitory with a capacity of 1,000; and a dining hall. Two Scandainavian-made simulators are housed in the academic buildings.

The academy awards the following degrees:

Its ROTC program is supervised by officers from the Philippine Navy.

Its first Graduates for the dual course(BSMTE) came from the Class of Valchirion (2009). Graduates of the said course are sponsored by Maersk Filipinas.

Entrance to the new MAAP campus 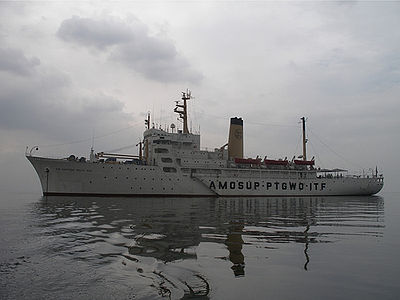 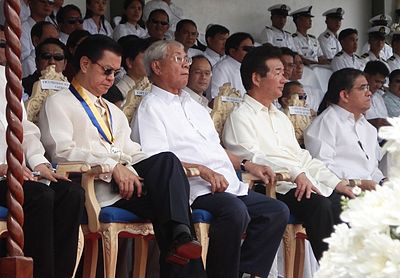 Probationary midshipmen executing the manual of arms in an initiation ceremony

The T/S Kapitan Felix Oca was launched by NKK Corp. as M/S SEIUN MARU on July 1968 at Yokohama, Japan. First owned by Inter Pacific Lines Co.,Ltd. of Japan and utilized as a training ship.

In 1997, AMOSUP (Associated Marine Officers and Seamens Union of the Philippines) acquired the training ship M.V. Seiun Maru from the Ministry of Transport of Japan. Delivered in Manila on Nov. 19, 1997 and placed under Philippine Flag with vessel name “ T/S KAPITAN FELIX OCA “.