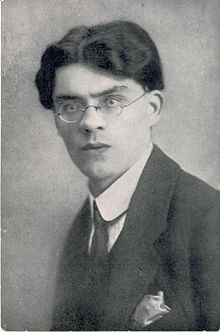 Marij (Julij) Kogoj (Trst, 20 September 1892 - Ljubljana, 25 February 1956) was a Slovenian composer. He was a pupil of Schoenberg and Franz Schreker, and immensely popular during the 1920s, culminating with his opera Black masks.[1]