Manufacturing in the United Kingdom

Manufacturing in the United Kingdom

In June 2010 British Manufacturing accounted for 8.2% of the workforce and 12% of the national output in June 2010. This was a continuation of the steady decline in the importance of Manufacturing to the Economy of the UK since the 1960s, although the sector was still important for overseas trade, accounting for 83% of exports in 2003. The East Midlands and West Midlands (at 12.6 and 11.8% respectively) were the regions with the highest proportion of employees in manufacturing. London had the lowest at 2.8%.

Although the manufacturing sector's share of both employment and the UK's GDP has steadily fallen since the 1960s, data from the OECD shows that manufacturing output in terms of both production and value has steadily increased since 1945. A 2009 report from PricewaterhouseCoopers, citing data from the UK Office for National Statistics, stated that manufacturing output (gross value added at 2007 prices) has increased in 35 of the 50 years between 1958 and 2007, and output in 2007 was at record levels, approximately double that in 1958.[1]

This is a trend common in many mature Western economies. Heavy industry, employing many thousands of people and producing large volumes of low-value goods (such as steelmaking) has either become highly efficient (producing the same amount of output from fewer manufacturing sites employing fewer people- for example, productivity in the UK's steel industry increased by a factor of 8 between 1978 and 2006 [2]) or has been replaced by smaller industrial units producing high-value goods (such as the aerospace and electronics industries).

Engineering and allied industries comprise the single largest sector, contributing 30.8% of total Gross Value Added in manufacturing in 2003. Within this sector, transport equipment was the largest contributor, with 8 global car manufacturers being present in the UK. These include British makers now owned by overseas companies such as BMW (MINI, Rolls-Royce), Tata (Jaguar-Land Rover), Volkswagen (Bentley) and General Motors (Vauxhall Motors) and plants making vehicles under foreign ownership and branding such as Honda, Nissan and Toyota with a number of smaller, specialist manufacturers (including Lotus and Morgan) and commercial vehicle manufacturers (including Leyland Trucks, LDV, Alexander Dennis, JCB, the main global manufacturing plant for the Ford Transit, Manganese Bronze and Case-New Holland) also being present. The British motor industry also comprises numerous components for the sector, such as Ford's diesel engine plant in Dagenham, which produces half of Ford's diesel engines globally. 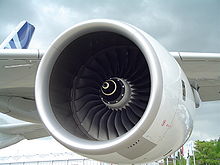 A range of companies like Brush Traction and Hunslet manufacture railway locomotives and other related components. Associated with this sector are the aerospace and defence equipment industries. The UK manufactures a broad range of equipment, with the sector being dominated by BAE Systems, which manufactures civil and defence aerospace, land and marine equipment; VT Group, one of the world's largest builders of warships; and GKN and Rolls Royce, who manufacture aerospace engines and power generation systems. Commercial shipbuilders include Harland and Wolff, Cammell Laird, Abels, Barclay Curle and Appledore. Companies such as Princess, Sealine, Fairline Boats and Sunseeker are major builders of private motor yachts.

Another important component of engineering and allied industries is electronics, audio and optical equipment, with the UK having a broad base of domestic firms, alongside a number of foreign firms manufacturing a wide range of TV, radio and communications products, scientific and optical instruments, electrical machinery and office machinery and computers.

Chemicals and chemical-based products are another important contributor to the UK's manufacturing base. Within this sector, the pharmaceutical industry is particularly successful, with the world's second and third largest pharmaceutical firms (GlaxoSmithKline and AstraZeneca respectively) being based in the UK and having major research and development and manufacturing facilities there. 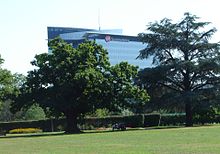 The headquarters of GlaxoSmithKline in Brentford

Manufacturing is an important sector of the modern British economy and there is a considerable amount of published research on the subject of the factors affecting its growth and performance. Of late, such things as increases in taxation and regulation have tended to diminish the favourableness of the political-legal environment for UK industry. Within manufacturing, British firms and industries have often lagged behind their overseas competitors in terms of productivity and various other key performance measures. However, Britain – the birthplace of the Industrial Revolution – continues to be one of the most attractive countries in the world for direct foreign industrial investment.[4]