Museum of Science and Industry (Manchester)

Museum of Science and Industry (Manchester) 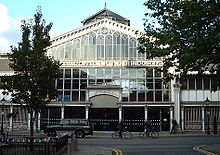 Exterior of the museum's Air and Space Hall

A kamikaze Ohka aircraft in exhibition 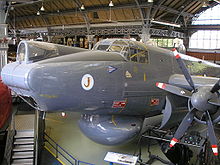 The Museum of Science and Industry (MOSI) in Manchester, England, is a large museum devoted to the development of science, technology, and industry with emphasis on the city's achievements in these fields. It is an Anchor Point of ERIH – the European Route of Industrial Heritage – and is managed as a non-departmental public body.

There are extensive displays on the theme of transport (railway locomotives and rolling stock, aircraft, and space vehicles), power (water, electricity, steam and gas engines), Manchester's sewerage and sanitation, textiles, communications and computing. The museum also offers steam train rides at weekends and on bank holidays.

The museum was originally called the "North Western Museum of Science and Industry" when it opened in 1969 in temporary premises on Grosvenor Street in Chorlton-on-Medlock. In 1978 the Greater Manchester Council purchased the earliest part of the former Liverpool Road Station from British Rail, which had been closed in 1975. The council paid the nominal sum of £1 for the site. The museum opened at this site on 15 September 1983, and later expanded to include the whole of the former station.[1]

The museum used to be located on Grosvenor St to the south of the city centre, and had close ties with UMIST, having mostly grown out of the Department of History of Science & Technology. In 1983, having obtained more funding and outgrown its former site, it moved and is now located on Castlefield, near the site of the original Roman fort in Manchester (Mamucium); it incorporates Liverpool Road Station (vacated by British Rail in 1975), one of the original termini of the Liverpool and Manchester Railway, the world's first passenger railway.

Exhibits at the Museum of Science and Industry include:

A Connected Earth gallery that tells the history of communications in Manchester and the North West of England opened in October 2007.

On selected dates visitors may ride on demonstration passenger trains within the museum grounds. Trains are hauled by the museum's two operational steam locomotives:

The museum's railway line is connected to the national rail network near Ordsall Lane Junction.