Allan Cup Hockey (ACH) is the top tier Canadian Senior ice hockey league in the province of Ontario. As a member of the Ontario Hockey Association and Hockey Canada, the league contends for the famed Allan Cup. The league came to its latest incarnation when it lost several teams leaving it with two and as a result it merged with the Eastern Ontario Senior Hockey League in 2008. In 2011, the league changed its name from Major League Hockey to Allan Cup Hockey. 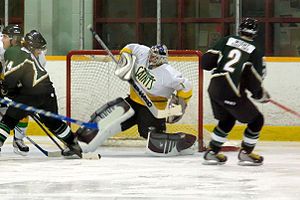 In 2008, the Brantford Blast became the first OHA team since the Brantford Motts Clamatos in 1987 to win the Allan Cup. As hosts of the 2008 Allan Cup, the Blast failed to win their league and were allowed to bypass the OHA Final against the Whitby Dunlops and the Renwick Cup against the Thunder Bay Hawks. After almost a months rest, the Blast competed at home for the Allan Cup and won the entire thing. After suffering their only loss of the tournament to the Shawinigan Xtreme in the first game, the Blast defeated the Bentley Generals to clinch second in their division. They defeated the Robertson Cup and EOSHL champion Whitby Dunlops in the quarter-final. They then knocked off the Major League Hockey and Renwick Cup champion Dundas Real McCoys in the semi-final. They met Bentley again in the final, and defeated them 3-1 to win the Canadian National Senior "AAA" crown.

In the 2008 off-season, Major League Hockey ran into some issues. The Windsor St. Clair Saints, the league's only college team, walked away from the league. The Tillsonburg Vipers have officially left the league, as they have applied for expansion into the independent Western Ontario Athletic Association Senior Hockey League.[1] The Petrolia Squires are stranded far away from Brantford and Dundas and have also been accepted into the Western Ontario Athletic Association Senior Hockey League. In the EOSHL, the Frankford Huskies and Marmora Lakers have walked away as well.

In May 2008, it was announced that Major League Hockey was going to merge with the Eastern Ontario Senior Hockey League. Major Hockey League was down to two teams and the Eastern League down to three at the time, but this brings the MLH up to five again. In June, 2008 after some reorganization, the Frankford Huskies were revived with a new owner but same management in the town of Baltimore which is just north of Cobourg. The team will be known as the Baltimore Clippers. Thus the new MLH will play its first season with six teams. 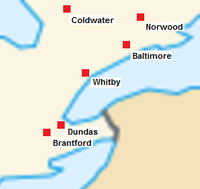 For the next round of the playoffs, please see: Renwick Cup. The winner of the Renwick Cup will play for the 2010 Allan Cup 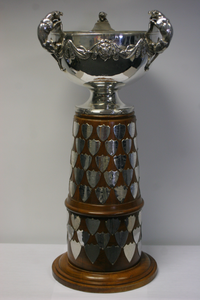 Please note: All teams in this list are listed ONLY with the last league they were involved with.