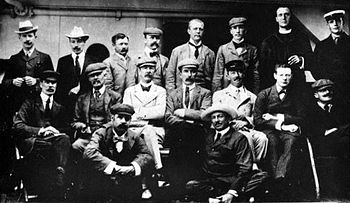 Dawnay was the second son of William Dawnay, 7th Viscount Downe and his wife Mary Isabel Bagot, daughter of the Bishop of Bath and Wells.

A cricketer he played for I Zingari and the MCC, playing in the Aborigines v MCC test at Lord's in 1868 in the first tour of England by an Australian team.[2][3] He became President of the MCC in 1872[4]

Downe was created Baron Dawnay, of Danby, on 24 July 1897 and subsequently sat in the House of Lords.

His son, Major Hon. Hugh Dawnay, was killed in action in World War I.[5] His brother, Lewis Payn Dawnay, was MP for Thirsk.