Malabar, also known by the name of its main settlement Cochin, was a commandment of the Dutch East India Company on the Malabar Coast between 1661 and 1795, and is part of what is today collectively referred to as Dutch India. Dutch presence in the region started by the capture of Quilon from the Portuguese, and ended by the occupation of Malabar by the British in 1795.[1]

Although also motivated by the lucrative pepper trade on Malabar, the primary aim for the Dutch in capturing the coast from the Portuguese was to secure Dutch Ceylon from Portuguese invasions. After failed attempts to capture the main Portuguese fort Goa in 1604 and 1639, the Dutch decided to aim for the secondary Portuguese trading posts on the Malabar Coast. This was first successful in December 1661, when Quilon was captured. A little more than a year later, in January 1663, Cochin was captured as well, which now became the primary trading post of the colony. In 1669, Dutch Malabar became a separate commandment of the Dutch West India Company; before this year it had been governed from Batavia.[1]

The Dutch never succeeded in establishing a pepper trade monopoly in Malabar, and were all the more frustrated in their attempts when the raj of Travancore started to expand his kingdom. The Travancore–Dutch War that followed culminated into the Battle of Colachel, which was disastrous for the Dutch.

As a result of the Kew Letters, the Dutch settlements on the Malabar Coast were surrendered to the British in 1795, in order to prevent being overrun by the French. Dutch Malabar remained British after the conclusion of the Anglo-Dutch Treaty of 1814, which traded the colony with Bangka Island. 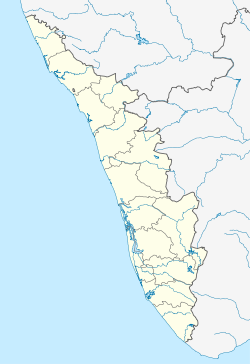