Dukedoms of the British Isles by reign

Dukedoms of the British Isles by reign

Heir to the throne (special case)

King Edward III first created the title Duke of Cornwall, the first dukedom in the British Isles, for his son and heir Edward, called the Black Prince. Since 1421 the title has automatically been held by the eldest son of and heir apparent to the sovereign. Since his mother's taking the throne in 1952 the title has been held by Prince Charles, who like many Dukes of Cornwall also holds the title Prince of Wales. See also Duke of Rothesay.

This title was granted in its third creation to John Howard, Lord Howard, who supported the king in battling the Lancastrian Earl of Richmond, Henry Tudor. . The title has been forfeit and subsequently restored three times, and is now held by the Fitzalan-Howard family. The Duke of Norfolk is the premier duke in the British realm, as well as its premier earl as Earl of Arundel, and Earl Marshal.

Lord Protector Edward Seymour, Earl of Hertford created this title for himself in the name of his nine-year-old nephew King Edward VI when he came to power. The title is still in the possession of the Seymour family.

This title was created for Charles Lennox, an illegitimate son of the king. It still exists, and is now held by the Gordon-Lennox family.

Created in the same year and also for an illegitimate son of the king, Henry FitzRoy, this is still in existence today.

In recognition of his "having been eminently serviceable for the king since his most happy restoration, in consideration thereof and of his most noble descent from King Edward III by John de Beaufort, eldest son of John of Gaunt by Katherine Swynford", Charles II created Henry Somerset, then Marquess of Worcester, Duke of Beaufort. Still in existence.

Created for yet another illegitimate son of the king, Charles Beauclerk (for a full list, click here). Still in existence.

William Cavendish, 4th Earl of Devonshire (pictured below) was another loyal supporter of William III, and he, like Bedford, was elevated to ducal rank as Duke of Devonshire.

The first Duke of Devonshire 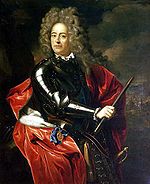 John Churchill, 1st Earl of Churchill, the excellent English general of Queen Anne's reign, won many a victory over the France of Louis XIV. He was rewarded with a dukedom, which by a special Act of Parliament passed to his daughters and their descendents when he died without surviving male issue.

Created for politician John Manners, 9th Earl of Rutland. He was noted for being one of the first people in England to obtain a divorce, done by special act of Parliament.

Heir to the throne (special case)

Like the Dukedom of Cornwall in England, Rothesay is automatically held by the eldest son of the Scottish monarch; since the union of the kingdoms in 1707 the two dukedoms have been inherently united. HRH The Prince of Wales, who has held the title since his mother came to the throne in 1952, is known as HRH The Duke of Rothesay within Scotland.

Created for general James Hamilton, 3rd Marquess of Hamilton in 1643, it is now held by the Douglas-Hamilton family.

Created in the peerage of Scotland for an illegitimate son of the king, James Crofts, also 1st Duke of Monmouth. The dukedom of Monmouth was stripped from him in 1685, but Buccleuch remains.

This is in the Peerage of Scotland. It was created as an extra dukedom for the Duke of Richmond, and still exists. Now held by the Gordon-Lennox family.

Created in 1684 for politician William Douglas, also 1st Marquess of Queensberry. The 2nd Duke was created 1st Duke of Dover in 1708, but this became extinct when the 3rd duke died seventy years later. In 1810, the title was inherited by the 3rd Duke of Buccleuch, in whose family it remains.

Arms of the 1st, 2nd and 3rd Dukes of Queensberry.

This title was created in 1701 for the noted general Archibald Campbell, 10th Earl of Argyll, effective ruler of Scotland on behalf of William III. In 1719 the 2nd duke became 1st Duke of Greenwhich, but this became extinct upon his death in 1743.

In 1703, the politician John Murray, 2nd Marquess of Atholl was promoted to being Duke of Atholl.

When the Act of Union was being passed as a matter of urgency in 1707, James Graham was integral to its support in Scotland. He was rewarded by being styled 1st Duke of Montrose from 1707 (he was previously the 4th Marquess).

John Ker also played an important part in the affairs surrounding the Union, so he, too, like Montrose, was gazetted in 1707—the last in the Peerage of Scotland.

This is the ancient peerage abolished in 1801 after Great Britain was united with Ireland. However, a title was created in it in 1868 for various reasons.

An Irish nobleman, James FitzGerald, was 20th Earl of Kildare before he became 1st Duke of Leinster in 1766. Strangely, this pillar of British colonialism was the father of the Irish revolutionary Lord Edward FitzGerald.

Named for Abercorn in Lothian, this was somewhat bizarrely created in the Peerage of Ireland, formally abolished in 1801. This was because James Hamilton, 2nd Marquess of Abercorn was the Viceroy of Ireland, and so wanted to be remembered there.

After the 1707 Union of Scotland and England, the new Peerage of Great Britain came into being. It existed until 1801.

In 1711, the title Duke of Brandon was created for the 4th Duke of Hamilton, so that he would be wooed to accepting the union (he was a powerful opponent). However, he died the next year in a duel.

Arms of the Duke of Brandon

Created in 1719 for Charles Montagu, 4th Earl of Montagu, a politician.

Kimbolton Castle in 1880. It was the former seat of the Dukes of Manchester.

The first duke was an Earl who was elevated to the status of Duke in 1766. His illegitimate son founded the Smithsonian Institution. The Percys, who hold this title, own some of the most beautiful properties in England.

Peerage of the United Kingdom 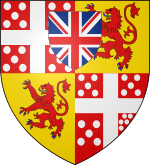 Arms of Dukes of Wellington

George Granville Leveson-Gower, 2nd Marquess of Stafford, was instrumental in the Highland Clearances. William IV created him Duke of Sutherland on 28 January 1833.

Hugh Grosvenor was one of the richest men in the Empire and already the Marquess of Westminster. In 1874 he was made a Duke. His descendant, the 6th and current Duke, was the richest man in Britain for many years.

In 1889, Alexander Duff, 6th Earl Fife married Princess Louise of Wales, a daughter of the future Edward VII, and was duly made Duke of Fife, with the usual restrictions on the female line, meaning that only males could inherit. When it became apparent that Fife would not father a son, a second dukedom of the same name was created so that his daughters Princesses Alexandra and Maud could inherit. In the absence of a male heir, the first dukedom became extinct on the first Duke's death.

George V's son, Prince George, was created Duke of Kent prior to his marriage to Princess Marina of Greece and Denmark. The title is held by his son, but when he dies the dukedom will rank below the Duke of Fife. It currently ranks after the dukedom of Gloucester.

Created in 1935 for Prince Henry, just before he married Lady Alice Montagu-Douglas-Scott. This dukedom currently ranks above the dukedom of Kent and all other dukedoms created before it. However, once the present Duke, Prince Richard, dies, it will rank lowest.

Title created for the king's elder brother, Edward VIII, on his abdication in December 1936. The duke was also granted the style of His Royal Highness. The title became extinct on his death in 1972.

This title is still held by the first duke. It was created for Philip Mountbatten, the former Prince Philip of Greece and Denmark, who was engaged to King George's daughter, Princess Elizabeth. The subsidiary titles are Earl of Merioneth and Baron Greenwich.

This title was initiated by The Queen for her second son, The Prince Andrew. He has held it since his marriage in 1986. The subsidiary titles are Earl of Inverness and Baron Killyleagh.

This title was created by The Queen for her eldest royal grandson, Prince William, on the occasion of his marriage on 29 April 2011. The subsidiary titles are Earl of Strathearn and Baron Carrickfergus. 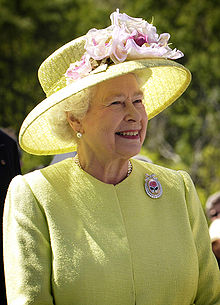 Queen Elizabeth II has created the titles Duke of York for her son Andrew and Duke of Cambridge for her grandson William.