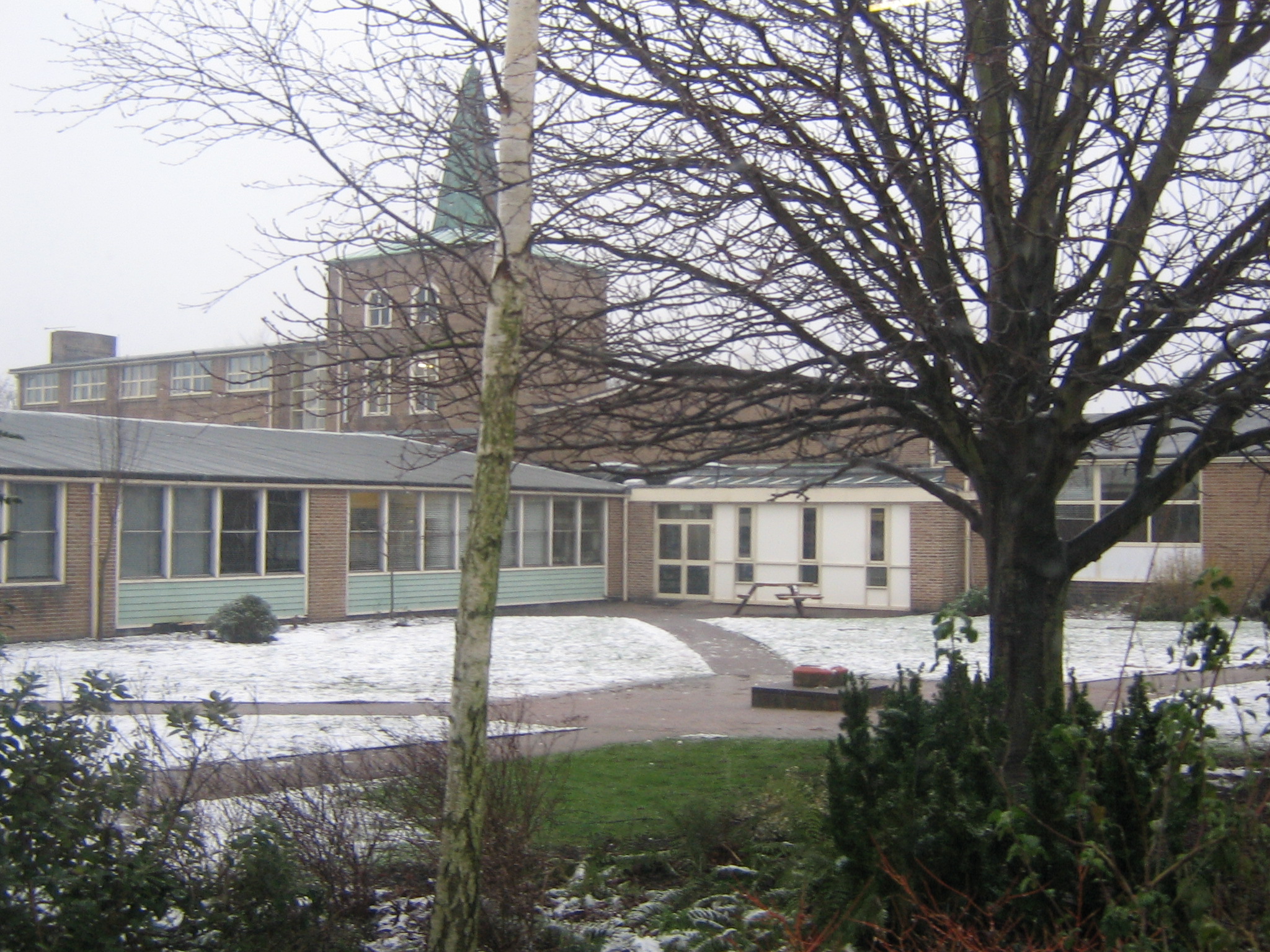 The King's School, Chester is a in , . It is one of seven schools established, or in some cases re-endowed and renamed, by King Henry VIII in during the for the education of 'poor friendless boys'.

Once conjoined to , where the modern day Barclays Bank now stands, the school moved to its present site on Wrexham Road in 1960. Single sex for much of its history, the school admitted girls into the sixth form in September 1998 and became fully co-educational in September 2004.

With the advent of co-education, the school has experienced a significant degree of redevelopment: an all-weather sports pitch, a new music school and the purchase of adjacent farmland are amongst the changes. The school has enjoyed several sporting successes in recent years, notably winning the ISFA cup in March 2006, and has always been regarded as a strong rowing school - to the extent that it has produced several and more than one Olympic . King's most notable former pupil to continue rowing is 2008 Olympic gold medallist , who also won the 2007 whist Presidant of the .

The school has a strong academic record. Most recently over 50% As at A level, and 83% As and A*s at GCSE. Extra curriculum subjects such as ECDL are popular among students.

Other King's Schools are at Canterbury, Ely, Gloucester, Peterborough, Rochester and Worcester.

The school's current headmaster is Chris Ramsey, a graduate of Modern and Medieval Languages from . Ramsey has also served as Head of Modern Languages at and Headmaster of King's College, Taunton.

The school is currently going through a period of development, in which many new facilities are being built. Amongst the completed developments are the all-weather outdoor sports pitch and the expansion to the and departments. Four new general purpose classrooms for the Junior School have been built and there are two specialist classrooms for the Junior School. Other new facilities are the / courts, teaching classrooms and laboratories for the Senior School, and a new music school (recently officially opened as the Tim Turvey Music School

Notable teachers, past and present

* , headmaster 1981-2000 after a career dotted around several southern public schools, and author of "The Community of the Realm in Thirteenth Century England" (Longmans, 1970).
* Barry Horne, former midfielder

King's has had much success in football over the years. The school has recently built an AstroTurf pitch and employed a new Director of Football (Barry Horne, former Welsh captain and F.A Cup winner).

In the ISFA Cup the school beat hot favourites (2-1) in the 2005-2006 Cup national soccer tournament final. However, the school's football team were unable to retain their crown and were knocked out of the 2006-2007 competition by Highgate School. The team, however, added the Chester and District Cup to their trophy cabinet in the 2007-2008 season with a 2-0 victory over Chester Catholic High School

The King's School's is amongst the most successful s in the with recent successes being a in Championship Eights at the National Schools' and losing finalists in the at 2006. The school also has a good record of producing outstanding individual oarsmen including Rowland Hall, Tom James, James Ball, Chris Bartley, Peter Rudge, Jim Walker and Olivia Whitlam.

The King's is situated on the in the centre of . It stores over 100 boats ranging from beginner to Olympic standard.

The 2006/2007 season saw the appointment of former England captain Russell Hornby, and since the King's hockey teams have come on even further. In 2006 the first team was ranked amongst the first few in the country. The J14 team have made it through to the latter stages of a national competition after winning the North West vs North East match Now it faces regional winners from around the country.

The School has also recently employed Pakistani Captain as coach for the 1st XI, thanks largely to Russell Hornby, an ex team mate of Ghanzafar's from Bowdon Hockey Club.

The Arts and Extra-Curricular Activities

The has a new state of the art School, equipped with a , a large recital , and a music technology room. It has a successful Schola Cantorum which recently toured Paris and sang at Notre Dame.

Annual productions of at King's have occurred for much of the past half-century in the latter half of the Lent (Spring) term. Notable shows in the past 5 years include "", "South Pacific", "", "", "", and most recently in 2007, the musical "Assassins". Recent Sixth Form drama productions have included Jonson's 'The Alchemist' and 's ""

The school encourages the Duke of Edinburgh's award scheme with a healthy number of students regularly achieving Bronze, Silver and Gold awards, either during their time at the school or shortly afterwards.

= Controversy =
*The school has not been without its share of controversy. Notably in 2004 former teacher Barry Lewis was arrested and convicted on charges.

The King's School's CCF is a voluntary contingent within the of the Ministry of Defence in the , originally formed during the . It consists of the mandatory Army Section, with an additional Section. Its nominal roll currently includes approximately 133 cadets.