Plan (drawing)
This article is about diagrams or drawings. For artistic drawing, see Drawing. For other types of plans, see Plan (disambiguation). 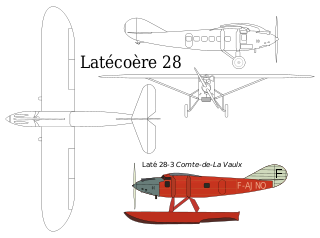 Plans are a set of drawings or two-dimensional diagrams used to describe a place or object, or to communicate building or fabrication instructions. Usually plans are drawn or printed on paper, but they can take the form of a digital file.

Plans are often for technical purposes such as architecture, engineering, or planning. Their purpose in these disciplines is to accurately and unambiguously capture all the geometric features of a site, building, product or component. Plans can also be for presentation or orientation purposes, and as such are often less detailed versions of the former. The end goal of plans is either to portray an existing place or object, or to convey enough information to allow a builder or manufacturer to realize a design.

The term "plan" may casually be used to refer to a single view, sheet, or drawing in a set of plans. More accurately, plan refers to an orthographic projection looking down on the object, such as in a plan view or floor plan.

Plans are often prepared in a "set". The set includes all the information required for the purpose of the set, and may exclude views or projections which are unnecessary. A set of plans can be on standard office-sized paper or on large sheets. It can be stapled, folded or rolled as required. A set of plans can also take the form of a digital file in a proprietary format such as DWG or an exchange file format such as DXF or PDF.

Plans are often referred to as "blueprints" or "bluelines". However, the terms are rapidly becoming an anachronism, since most copies of plans that were formerly made using a chemical-printing process that yielded graphics on blue-colored paper or, alternatively, of blue-lines on white paper, have been superseded by more modern reproduction processes that yield black or multicolour lines on white paper. 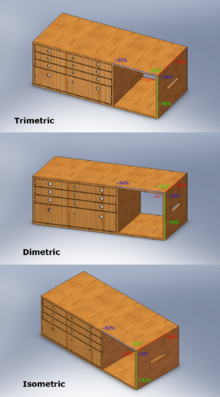 Symbols used to define whether a projection is either Third Angle (right) or First Angle (left).

Because plans represent three-dimensional objects on a two-dimensional plane, the use of views or projections is crucial to the legibility of plans. Each projection is achieved by assuming a vantage point from which to see the place or object, and a type of projection. These projection types are:

There is no universal standard for sheet order, however the following describes a common approach:

More aspects are, for example: