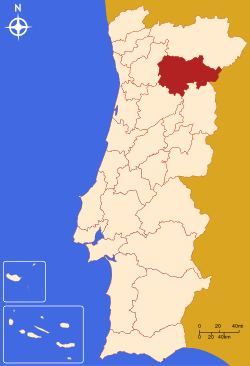 Map showing the location of the Douro subregion

Douro Subregion is a part of Norte Region, Portugal that includes most of the Portuguese section of the Douro River.

Its economic activity is largely centered around the production of wine, particularly port, and also non-fortified Douro wine from the Douro DOC wine region. The entire region is mountainous and crossed by steep valleys.

There are 19 municipios (concelhos), on both sides of the Douro river; some are towns, others have city status: