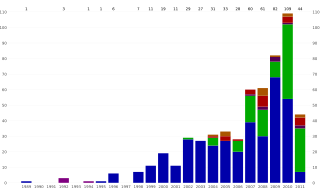 Number of extrasolar planet discoveries per year as of 10 July 2011, with colors indicating method of detection:

An extrasolar planet is a planet located outside the Solar System. As of November 12, 2011, astronomers have announced confirmed detections of 697 such planets.[1] This is a list of the most notable discoveries.

This incomplete list is frequently updated to include new information. 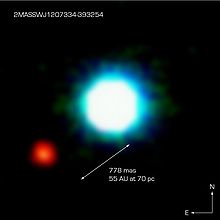