Serbia inherited about a third of the diplomatic facilities that belonged to the former Yugoslavia. After 2001 embassies in Chile, Colombia, the Democratic Republic of the Congo, Ghana, Guinea, Lebanon, Mongolia, North Korea, Pakistan, Thailand, Venezuela, Vietnam and Zimbabwe were closed due to financial or reciprocal reasons. In June 2008 the Government of Serbia made a decision to close consulates in Bari, Graz and Malmö,[2] and later that year Foreign Minister Vuk Jeremić announced a plan to open a consulate-general in Knin (Croatia)[3] during the autumn and an embassy in Kuala Lumpur (Malaysia).[4] Foreign Minister also announced that some diplomatic missions might be closed but also announced a plan for opening missions in Kazakhstan, Los Angeles, Pakistan, UAE and Venezuela. Construction of the new embassy in Washington and reconstruction of the existing buildings in Paris, Nairobi and Brussels is also planned. In late 2008 it was announced that due to the economic crisis expansion plans will be reviewed.[5][6] In January 2009, the Government of Serbia announced opening of diplomatic trade offices. Many of them will be opened in different cities to the ones where embassies are located as they will be opened in largest economic centres. These offices will be opened in Russia, Germany, Italy, France, Austria, United Kingdom, Greece, Slovenia, Bosnia and Herzegovina, Croatia, Montenegro, Republic of Macedonia, China, USA, Czech Republic, Slovakia, Hungary, Romania, Bulgaria, Ukraine, Switzerland, Turkey, India and South Korea. Government also announced the opening of police liaison offices for a better cooperation with foreign law enforcement agencies.[7] In April 2009, Serbian Ministry of Foreign Affairs announced that consulate from Rijeka wil be moved to Knin in Croatia.[8] In May 2009 it was announced that the embassy in Peru will be temporarily closed and that the consulate-general in Lyon will be closed while the embassy in Kenya was reopened.[9] Due to the legal succession of the Yugoslav properties abroad, Serbia will have to hand over embassy buildings in Vienna, The Hague and Lisbon (to Croatia), Canberra (to FYR Macedonia), Ankara, Madrid, Oslo and Ottawa (to Bosnia and Herzegovina) as well as consulate buildings in Klagenfurt, Milan (to Slovenia), Toronto (to Croatia), Zurich and Athens (to FYR Macedonia).[10] Serbia will hand over the embassy building in Rome to Slovenia in 2011.[11] In November 2010, the Government of Serbia made a decision to open embassies in Kazakhstan, Azerbaijan and Qatar and reopen embassies in the Democratic Republic of the Congo and Ghana in 2011 and announced a plan to open embassies in Oman, Chile, Venezuela and Pakistan in the future.[12] In March 2011, Serbia opened its embassy in Azerbaijan and Consulate-General in Herceg Novi.[13][14] In June 2011, Serbia opened its embassy in Kazakhstan.[15] 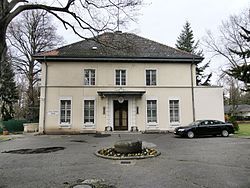 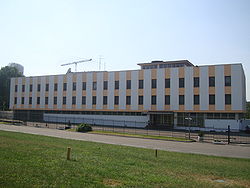 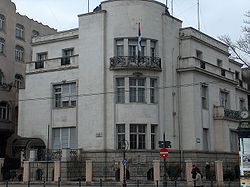 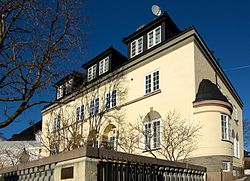 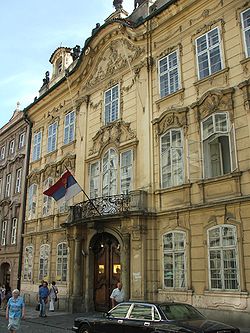 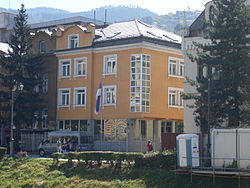 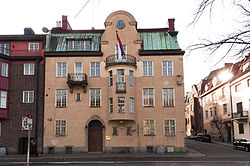 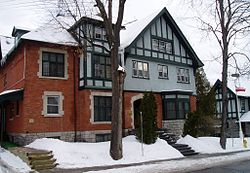 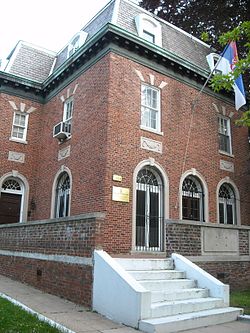 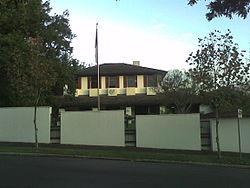