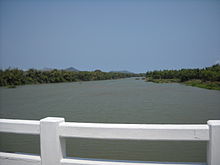 The Dien Khanh Citadel is situated on Dien Khanh Townlet, Dien Khanh District, Khanh Hoa Province. The Citadel was built by the French officer Olivier de Puymanel for Nguyễn Ánh in 1793 with an area of 36,000 square meters according to the Vauban military architecture which was popular in Western Europe in 17th - 18th centuries.

The citadel's wall was in an inequilateral hexagon of 3.5m height. The outer face was vertically constructed while the inner was a little bit sloping by two terraces forming a favorable pavement. Inside the corners, there were large fields which were convenient for military resident. On the top of corners there stood fortresses of 2m high with canons above. On the roof of the citadel, there planted closet bamboo and other barricade trees. Surrounding the citadel were moats of 4 to 5 meters deep, 10 meters wide, flooded by water.

At first the citadel had 6 gates but nowadays it remains only 4 ones which are East Gate, West Gate, Front Gate (to the South), Back Gate (to the North). There had been here royal palace, private residents of feudal mandarins, warehouses and jails... 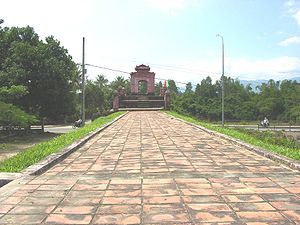 Wall leading to the Western gate.