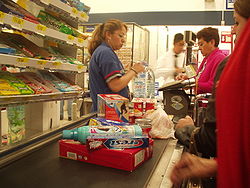 There is a paradox in that "people who lack choices seem to want them and often will fight for them"; yet at the same time, "people find that making many choices can be [psychologically] aversive." [4] 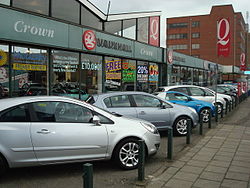 When consumers visit car dealerships, they may feel overwhelmed by all of the different financing, upgrades, and warranty options.

Trade-offs, where either of two choices have positive and negative elements, are an advanced and energy-consuming form of decision making. A person who is mentally depleted becomes reluctant to make trade-offs, or makes very poor choices.[1] Jonathan Levav at Stanford University designed experiments showing how decision fatigue can leave a person vulnerable to sales and marketing strategies designed to time the sale.[1] "Decision fatigue helps explain why ordinarily sensible people...can't resist the dealer's offer to rustproof their new car." [5]

Dean Spears of Princeton University has argued that decision fatigue caused by the constant need to make financial trade-offs is a major factor in trapping people in poverty. Given that financial situations force the poor to make so many trade-offs, they are left with less mental energy for other activities.[1]

Decision fatigue can result not only in fast and careless decisions but even in decision paralysis, where no decision is made at all.[6] Research by Iyengar and Lepper (2000) "found that people who had more choices were often less willing to decide to buy anything at all, and their subsequent satisfaction was lower when they had been confronted with 24 or 30 options than when they faced six options"; which "suggest[s] that choice, to the extent that it requires greater decision-making among options, can become burdensome and ultimately counterproductive."[4] In the formal approach to decision quality management, specific techniques have been devised to help managers cope with decision fatigue.[7]

Decision fatigue can influence irrational impulse purchases at supermarkets. During a trip to the supermarket, trade-off decisions regarding prices and promotions can produce decision fatigue, hence by the time the shopper reaches the cash register, less willpower remains to resist impulse purchases of candy and sugared items. Sweet snacks are usually featured at the cash register because many shoppers have decision fatigue by the time they get there. Florida State University social psychologist Roy Baumeister has also found that it is directly tied to low glucose levels, and that replenishing them restores the ability to make effective decisions. This has been offered as an explanation for why poor shoppers are more likely to eat during their trips.[1] 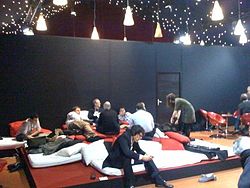 Long, late-night meetings can leave participants in a decision-fatigued condition, which may lead to ill-advised romantic liaisons. A scene from the LeWeb conference, 2010 is shown here.

The "process of choosing may itself drain some of the self’s precious resources, thereby leaving the executive function less capable of carrying out its other activities. Decision fatigue can therefore impair self-regulation".[4] "[S]ome degree of failure at self regulation" is at the root of "[m]ost major personal and social problems", such as debt, "underachievement at work and school" and lack of exercise.[9]

Experiments have shown the interrelationship between decision fatigue and ego depletion, whereby a person's ability for self-control against impulses decreases in the face of decision fatigue.[10]

George Loewenstein has suggested that the disastrous failure of men in high office to control impulses in their private lives may at times be attributed to decision fatigue stemming from the burden of day-to-day decision making.[10] Similarly, Tierney notes that "C.F.O.'s [are] prone to disastrous dalliances late in the evening", after a long day of decision-making.[11]

Research shows the decisions judges make are extremely influenced by how long in the day it has been since their last break.[12]