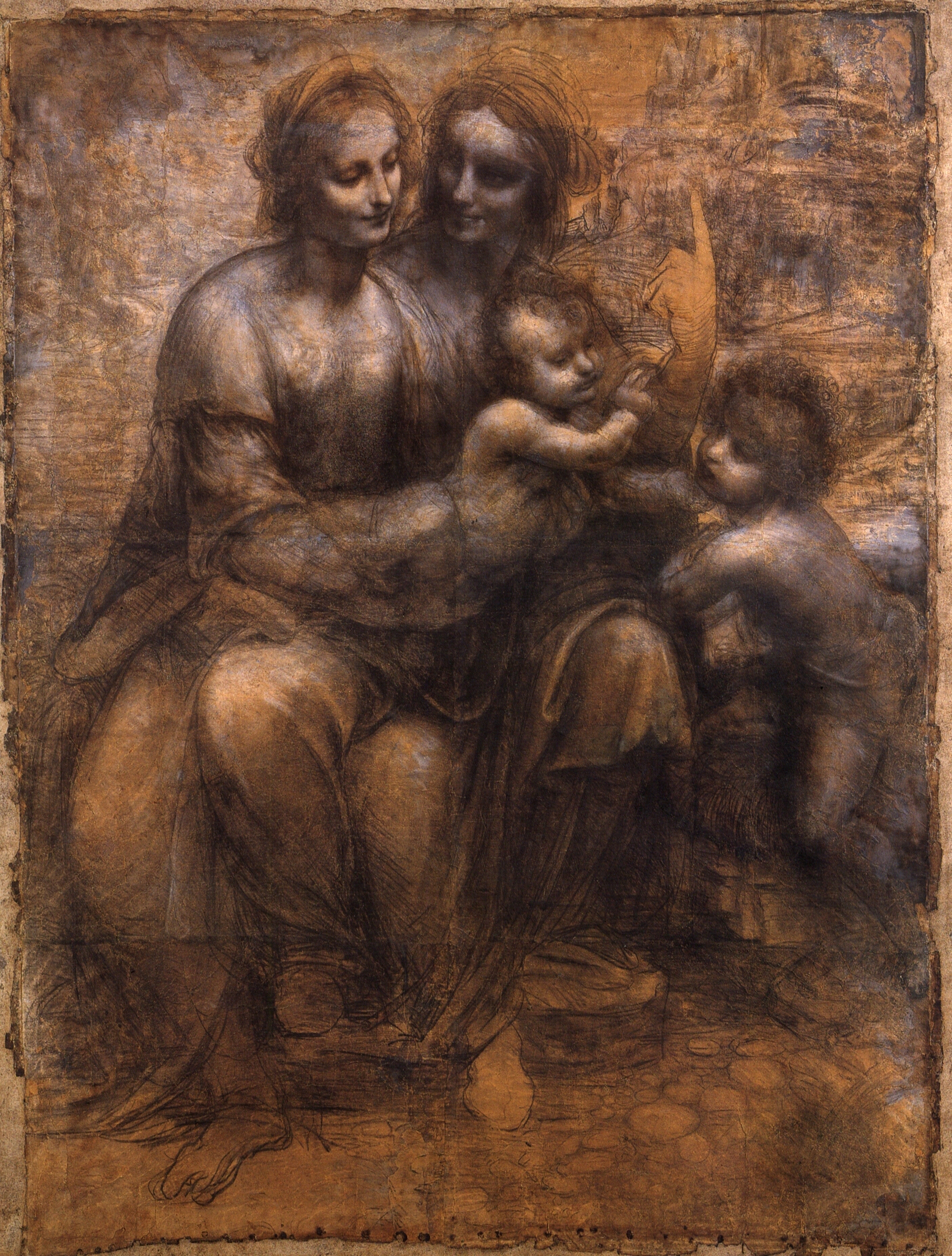 There is a subtle interplay between the gazes of the four figures, with St Anne smiling at her daughter Mary, while Mary's eyes are fixed on her son, as are St John's. There is little in the way of clear delineation between the four bodies; the heads of the two women, in particular, look like growths on the same body. St Anne's enigmatic gesture of pointing her index finger towards the heavens recurs in two of Leonardo's last paintings, his "St John the Baptist" and his "Bacchus", and is regarded as the quintessential Leonardesque gesture.

The drawing, in and black and white , covers eight sheets of paper glued together. Unusual for a cartoon, the outlines have never been pricked or incised, indicating that the stage of transferring the design to the panel that would then be painted was not reached. The composition is markedly different from Leonardo's only other surviving treatment of the subject, "" in the , in which the figure of the Baptist has been eschewed.

The work's alternative title, "The Cartoon", refers to its home at the until 1962, when it was put on sale for £800,000. Amid fears that it would find an overseas buyer, the cartoon was put on show in the National Gallery where it was seen by over a quarter of a million people in a little over four months, many of whom made donations in order to keep it in the . The price was eventually met, thanks in part to contributions from the . Ten years after its acquisition, derisively wrote in his book "" that "It has acquired a new kind of impressiveness. Not because of what it shows – not because of the meaning of its image. It has become impressive, mysterious because of its market value". In , it was attacked in an act of vandalism with a sawn-off shotgun. The blast caused significant damage despite not fully penetrating the canvas after shattering the glass covering, but it has since been restored.