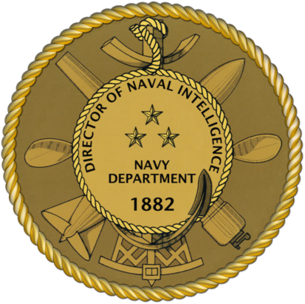 Vice Admiral Dorsett was born in Roanoke Rapids and raised in Virginia. He graduated from Jacksonville University (Florida) in 1978, receiving a Bachelors degree in Political Science.

Jack Dorsett is a Naval intelligence officer, joint specialty officer, a specialist in Joint and Strategic Intelligence, and a qualified surface warfare officer. He possesses significant experience in National Security Affairs (Europe, Middle East, Asia) and in Strategic Planning. He graduated with distinction from the U.S. Naval War College and Armed Forces Staff College, and was awarded a Master’s Degree from the Defense Intelligence College.[2]

He began his Navy career in 1978 as an exchange midshipman with the Royal Navy, serving on the Ton class minesweeper HMS GAVINTON (M1140). His early career included duty in USS ELLIOT (DD-967), USS OLDENDORF (DD-972), and as executive officer in USS Dominant (MSO-431).

From 1983–1987, he served as an intelligence analyst and Operations Officer at FOSIC U.S. Naval Forces Europe, providing intelligence support during Operations EL DORADO CANYON, ATTAIN DOCUMENT, and PRAIRIE FIRE. In 1987, he reported to Sixth Fleet as Political-Military Officer and Deputy Assistant Chief of Staff for Intelligence.

He transferred to the U.S. Naval War College in 1989, serving as Executive Assistant for the CNO's Strategic Studies Group. He then served as the Intelligence Officer in USS RANGER (CV-61), participating in Operations SOUTHERN WATCH and RESTORE HOPE. From 1993–1996, he directed the Operational Intelligence/Crisis Management Department at the Joint Intelligence Center Pacific.

In 1996, VADM Dorsett transferred to Washington, D.C., where he directed the CNO's Intelligence Plot and then served as Director of Intelligence, Office of Naval Intelligence. From 1998–1999, he served as the Assistant Chief of Staff for Intelligence on the COMUSNAVCENT/COMFIFTHFLT staff, and participated in Operations DESERT FOX, SOUTHERN WATCH, RESOLUTE RESPONSE, and other sensitive, nationally tasked combat and special operations.

VADM Dorsett commanded the Joint Intelligence Center (JICCENT), U.S. Central Command between 1999–2001, where he managed intelligence support to theater forces during Operations SOUTHERN WATCH and DETERMINED RESPONSE. In June 2001, he assumed duties as the Director, Intelligence, Surveillance and Reconnaissance Requirements and Resources on the OPNAV staff. He was selected for promotion to Rear Admiral (Lower Half) in May 2003 and assigned as the Special Assistant to the Director of Naval Intelligence; in July 2005 he reported to the Joint Staff as the Director for Intelligence (J2). He was selected for promotion to Rear Admiral (Upper Half).

Establishment of the Information Dominance Corps

The stand up of N2/N6 represents a landmark transition in the evolution of naval warfare, designed to elevate information as a main battery of the Navy’s warfighting capabilities, and firmly establish the U.S. Navy's prominence in intelligence, cyber warfare, and information management.

Initiatives as DCNO for Information Dominance

He was further tasked with coordinating resource investment to deliver information-centric capabilities and competitive advantages while aggressively accelerating experimentation and innovation with information capabilities including remotely piloted, unattended, and autonomous capabilities adaptively networked to extend reach, penetration and persistence in denied areas.[4]

Under VADM Dorsett, the Navy made significant progress in building a network of unmanned systems that will perform ISR, communication relay, strike, and other missions.

Accelerating Electronic Warfare Capabilities: The Navy has begun to restore its EW advantage and develop world-class cyber warfare capabilities to tackle future threats. To that end, the Next Generation Jammer (NGJ) Analysis of Alternatives concluded in April 2010.[10]

This article includes text from an official United States Navy website. As a work of the U.S. federal government, the text is in the public domain.