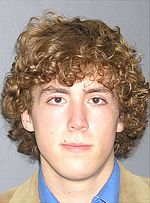 The Sarah Palin email hack occurred on September 16, 2008, during the 2008 United States presidential election campaign when the Yahoo! personal email account of vice presidential candidate Sarah Palin was subjected to unauthorized access. The hacker, David Kernell, had obtained access to Palin's account by looking up biographical details such as her high school and birthdate and using Yahoo!'s account recovery for forgotten passwords. Kernell then posted several pages of Palin's email on 4chan's /b/ board. Kernell, who at the time of the offense was a 20-year-old college student, is the son of longtime Democratic state representative Mike Kernell of Memphis and a relative of UC San Diego professor, Samuel Kernell[citation needed].

He was charged in October 2008 in federal court. After he was led into the court in leg irons and handcuffs, the judge released him on his own recognizance, pending trial.[1][2] The incident was ultimately prosecuted in a U.S. federal court as four felony crimes punishable by up to 50 years in federal prison.[3][4] The charges were three felonies: identity theft, wire fraud, and anticipatory obstruction of justice; and one optional as felony or misdemeanor: intentionally accessing an account without authorization. Kernell pleaded not guilty to all counts.

A jury trial, featuring the testimony of Sarah Palin and Bristol Palin, began on April 20, 2010.[3] On April 30, 2010, the jury found Kernell guilty on two counts: the felony of anticipatory obstruction of justice and the misdemeanor of unauthorized access to a computer.[5][6] Sarah Palin posted a note on her Facebook page stating that she and her family were thankful the jury had rendered a just verdict in her opinion.[7]

Kernell was sentenced on November 12, 2010, to one year plus a day in federal custody,[8] followed by three years of supervised release.[9] The sentencing judge recommended that the custody be served in a halfway house,[8] but the Federal Bureau of Prisons sent him instead to a minimum security prison.[10][11] Kernell is appealing the convictions.[dated info]

Shortly after midnight on September 16, 2008,[4] the private Yahoo! Mail account of Sarah Palin was hacked by a 4chan user.[4][12] The hacker, known as "Rubico", claimed he had read Palin's personal e-mails because he was looking for something that "would derail her campaign."[4][13]

After reading through Palin's emails, Rubico wrote, "There was nothing there, nothing incriminating — all I saw was personal stuff, some clerical stuff from when she was governor."[4][13] Rubico wrote that he used the Sarah Palin Wikipedia article to find Palin's birth date (one of the standard security questions used by Yahoo!.[14]) in "15 seconds." The hacker posted the account's password on /b/, an image board on 4chan, and screenshots from within the account to WikiLeaks.[15] A /b/ user then logged in and changed the password, posting a screenshot of his sending an email to a friend of Palin's informing her of the new password on the /b/ thread. However, he did not blank out the password in the screenshot.[16] A multitude of /b/ users then attempted to log in with the new password, and the account was automatically locked out by Yahoo!. The incident was criticized by some /b/ users, one of whom complained that "seriously, /b/. We could have changed history and failed, epically."[17] The hacker admitted he was worried about being caught, writing "Yes I was behind a proxy, only one, if this shit ever got to the FBI I was fucked, I panicked, I still wanted the stuff out there ... so I posted the [information] ... and then promptly deleted everything, and unplugged my internet and just sat there in a comatose state."[14]

The hacker left behind traces of his activity. His IP address was logged at the proxy he used, CTunnel.com, and he also left his email address rubico10@yahoo.com when he posted at 4chan. Furthermore, the attacker revealed the original web address used by the proxy[18] by leaving this information in the screenshot which according to experts can also help the investigation.[18] 4chan's /b/ board is not archived, and posts are only retained for a short time. However, with the great interest surrounding the posts of Rubico, many, including wired.com, archived the original posts. The email address left behind was then connected to David Kernell through various social networking profiles where it was used,[19] though no official investigation took place at this time.

John McCain's campaign condemned the incident, saying it was a "shocking invasion of the governor's privacy and a violation of law".[18] Barack Obama's spokesman Bill Burton called the hacking "outrageous".[14]

The FBI and Secret Service began investigating the incident and on September 20, it was revealed that they were questioning David Kernell, a 20-year-old economics student at the University of Tennessee and the son of Democratic Tennessee State Representative Mike Kernell from Memphis.[20][21][22][23] The handle used by the hacker when making his post at 4chan pointed to him, although this evidence was inconclusive because of the frequent pranks pulled at that board.[24] The hacker's proxy service provided its logs, which pointed to Kernell's residence.[21][24]

FBI agents served a federal search warrant at David Kernell's apartment in Knoxville.[25] Agents spent two hours taking pictures of everything inside his apartment.[4] Kernell's three roommates were also subpoenaed and expected to testify the following week in Chattanooga.[26] The obstruction of justice charge stems from an allegation by the FBI that Kernell attempted to erase evidence of the crime from his hard drive.[27] Kernell's father told Wired that he was aware that his son was a suspect, but he did not ask him anything about it over concerns that he may have to testify in court.[28]

A second federal grand jury in Knoxville returned an indictment of Kernell on October 7, 2008.[29] He was charged with violating 18 U.S.C. § 1030(a)(2)(C) and § 2701, or unlawful access to stored communications and intentionally accessing a computer without authorization across state lines, respectively.[30] Kernell turned himself in the next day.[31] Kernell pleaded not-guilty.[32] The court released Kernell without bail.[33] Kernell's attorney claimed that using "an e-mail address and a birth date does not constitute identity theft"; however, the court rejected that argument saying "once Governor Palin chose the Yahoo! ID gov.palin@yahoo.com, that became her unique address, and no one else could choose it."

On April 30, 2010, David Kernell was found guilty on two of four counts: the felony of anticipatory obstruction of justice by destruction of records and a misdemeanor of unauthorized access to a computer. The jury acquitted him of the charge of wire fraud and was deadlocked on the charge of identity theft. In response, Palin issued a press release comparing the case to Watergate.

Prosecutors promised a retrial on the identity theft charge if Kernell was successful in his attempt at receiving a new trial.[34] In November 2010 he was sentenced to one year and one day of prison, and three years of probation.[35] The judge recommended that the sentence be served in a halfway house rather than in a federal prison.[8][9] However, the Federal Bureau of Prisons, which makes the ultimate determination as to where federal prisoners serve their sentence, assigned Kernell to the minimum security prison at the Federal Correctional Institution, Ashland near Ashland, Kentucky.[10][11][36] Jose Santana, the chief of the BOP, said that halfway houses are for convicts who have limited skills and/or limited support from their families. Because Kernell had the support of his family and had attended a university for three years, Santana argued that he does not need to be in a halfway house.[37] Kernell was later relocated to a halfway house.[38]