Dante Alighieri and the Divine Comedy in popular culture

Dante Alighieri and the Divine Comedy in popular culture

The life and works of Dante Alighieri, especially his masterpiece, the Divine Comedy, have been a source of inspiration for many artists for seven centuries. Some notable examples are listed below. 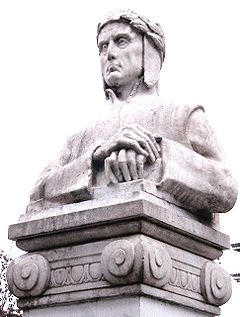 In the fourth series of Bleak Expectations, the second episode spoofs Dante's Inferno. The underworld is depicted as a resting place for all souls before they enter their respective heavens or hells. Pip is guided through the underworld by Virgil Grimpunch when he goes there to bring her soul back after going into a near death experience while in Parliament. He finds her in Elysium with Achilles. 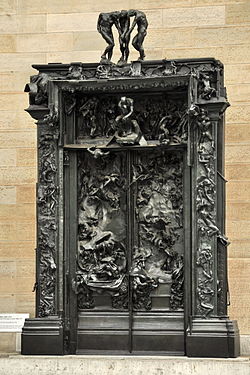 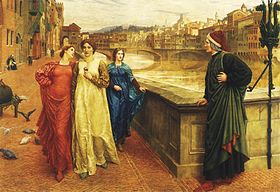 Dante and Beatrice (1884) by Henry Holiday