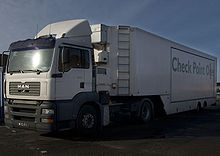 The Danish Defence Media Agency (da: Forsvarets Mediecenter, abbrev. FMC) is a supporting agency to the Danish Defence. It is organizationally integrated as a part of the Defence Command, but support the entire defence.

It produces media and broadcasts for and about the Danish Defence, including the web-TV channel Forsvarskanalen[1].

The agency is also providing imagery to national broadcast services and newspapers, publish the employee magazine Forsvaret and provides services for the Ministry of Defence. It also provides media-training for military personnel.

Currently approx. 50 people are employed by the agency and it is under editorial management by Vickie Lind.