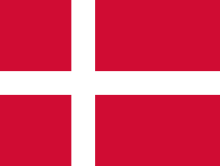 In various forms, Denmark has had colonial possessions beginning in the 13th century, when it obtained possessions in Estonia. In 1536, Denmark entered into a personal union with Norway, and the new entity of Denmark-Norway took possession of the Norwegian holdings of Greenland, the Faroe Islands, and Iceland. Orkney and Shetland, then held by Scotland, had originally been ruled by Norway until the 15th century, and several later attempts were made to retake them. In the 17th century, following territorial losses on the Scandinavian Peninsula, Denmark-Norway began to develop colonies, forts, and trading posts in Africa, the Caribbean, and India. After 1814, when Norway was granted to Sweden following the Napoleonic Wars, Denmark retained the colonial holdings.

Christian IV first initiated the policy of expanding Denmark's overseas trade, as part of the mercantilist wave that was sweeping Europe. Denmark's first colony was established at Tranquebar, or Trankebar, on India's southern coast in 1620. Admiral Ove Gjedde led the expedition that established the colony. The only remaining vestiges of this empire are the Faroe Islands and Greenland; the Faroes were a Danish county until 1948, while Greenland's colonial status ceased in 1953. They are now autonomous regions of the Kingdom of Denmark (Danish Realm) with home rule.

Denmark-Norway inherited medieval Norwegian claims to Greenland as the successor state to Norway. After the established Norse settlement in Greenland finally disappeared in the 15th century, Europeans did not settle the island again until 1721, when the Lutheran minister Hans Egede arrived and established the town now known as Nuuk. After Norway was given to Sweden in 1814 following the Napoleonic Wars, Denmark retained the old territorial claims as a condition of the Treaty of Kiel. Greenland's colonial status ceased in 1953, and it became an integral part of the Kingdom of Denmark. It gained home rule in 1979.

As with Greenland and Iceland, Denmark-Norway inherited the medieval Norwegian claims to the Faroe Islands as the successor state to Norway. The Faroes had become part of the Kingdom of Norway in 1035. After Norway was given to Sweden after the Napoleonic Wars, Denmark retained the Faroes as a condition of the Treaty of Kiel. Status as a Danish county ended in 1948, and the Faroes were given a large degree of independence within the Kingdom of Denmark.

As with Greenland and the Faroe Islands, Norwegian claims to Iceland were inherited by Denmark-Norway. Also like those possessions, Iceland was retained by Denmark at the Treaty of Kiel. A growing independence movement in Iceland led to Denmark granting it home rule in 1874 and expanding that home rule in 1904. In 1918 Iceland became a fully sovereign kingdom, sharing its king with Denmark. During Nazi Germany's Occupation of Denmark (1940) the Republic of Iceland was declared on June 17, 1944.

In the 13th-14th and in the 16th-17th centuries, Denmark and Denmark-Norway, respectively, ruled parts of what is now Estonia, called Danish Estonia. 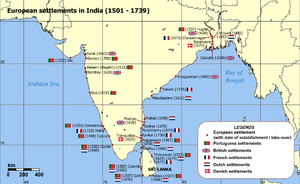 Danish and other European settlements in India

Denmark maintained a scattering of small colonies and trading posts throughout the Indian sub-continent from the 17th to 19th centuries, after which most were sold or ceded to Britain which had become the dominant power there.

The colony at Trankebar was kept for over 200 years, with a few interruptions, until it was sold to the British in 1845.

In 1755 Denmark acquired the village of Serampore (Frederiksnagore), and later the towns of Achne and Pirapur. They are located about 25 kilometres north of Calcutta. In 1818 Serampore College was established at Serampore, which still exists today. These towns were also sold to Britain in 1845. Other colonial ventures include colonization attempts of the Nicobar Islands, called Frederiksøerne ("Frederik Islands") or Ny Danmark ("New Denmark") by the Danes between 1754 and 1868.

Denmark maintained a number of tradings stations and four forts on the Gold Coast in west Africa, especially around modern day Ghana. The three trading stations were Fort Frederiksborg (Kpompo), Fort Christiansborg, (by Accra in 1661) that was purchased from Sweden, and Frederiksberg. The forts were Fort Prinsensten built in 1784, Fort Augustaborg from 1787, Fort Friedensborg and Fort Kongensten, several of which are ruins today. Of these, only one is still used today, Fort Christiansborg, which is the Ghanaian president's residence in Ghana. Plantations were established by Frederiksborg, but they failed. Fort Christiansborg became the base for Danish power in west Africa, and the centre for slave trade to the Danish West Indies. In 1807, Denmark's African business partners were suppressed by the Ashanti, which led the abandonment of all trading stations. Denmark sold its forts to the United Kingdom in 1850.