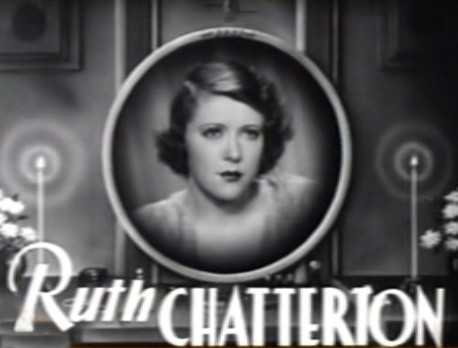 Her stage experience enhanced many of her film performances when the "silents" segued to the "talkies." Although her first "talkies" were merely filmed stage productions, her enunciation and acting were appreciated by the public and critics alike. And when she abandoned Paramount, her initial studio, for (along with and ), it was noted that the brothers Warner needed an infusion of "class."

She also was known for her co-starring role in the film "Dodsworth" (1936), for and , which is widely regarded as her finest film, although not a pre-Code film.

Chatterton's last film was "A Royal Divorce" in 1938. However, she appeared on U.S. in several plays, including a TV adaptation of "Dodsworth", in which she recreated her film role. Her last television appearance was as "Gertrude" in a 1953 adaptation of "", with Maurice Evans in the title role, on the "". She then relocated to England.

Having left acting, she began a successful writing career, producing several novels. She was also one of the few aviatrices at the time, and was acquainted with .

Occasional, much-younger co-star recalled that Chatterton was "very kind" to her at Warners when Davis was a young actress starting out on her career.