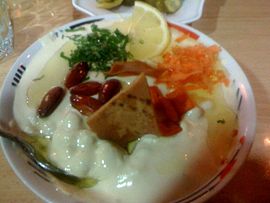 The Fetté, one of the most typical dishes of Damascus 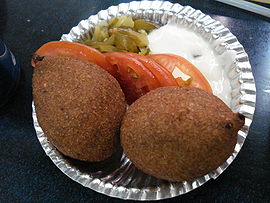 Syrian cuisine is a diffusion of the cultures of civilizations that settled in Syria, particularly during and after the Islamic era beginning with the Arab Ummayad conquest, then the eventual Persian-influenced Abbasids and ending with the strong influences of Turkish cuisine, resulting from the coming of the Ottoman Turks. It is in many ways similar to other Levantine cuisines, mainly Lebanese and Palestinian.

Syrians also make cookies to usually accompany their cheese called ka'ak. These are made of farina and other ingredients, rolled out, shaped into rings and baked. Another form of a similar cookie is to fill with crushed dates mixed with butter to eat with their jibbneh mashallale, a string cheese made of curd cheese pulled and twisted together. 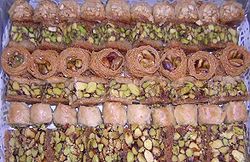 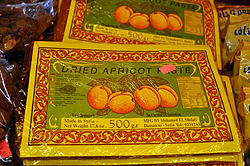 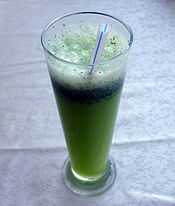