Bosnian cuisine is balanced between Western and Eastern influences. The food is closely related to Turkish, Middle Eastern and other Mediterranean cuisines. However, due to years of Austrian rule, there are also many culinary influences from Central Europe.

Bosnian cuisine uses many spices, but usually in moderate quantities. Most dishes are light, as they are cooked in lots of water; the sauces are fully natural, consisting of little more than the natural juices of the vegetables in the dish. Typical ingredients include tomatoes, potatoes, onions, garlic, bell peppers, cucumbers, carrots, cabbage, mushrooms, spinach, zucchini, dried and fresh beans, plums, milk, paprika and cream called pavlaka and kajmak. Typical meat dishes include primarily beef and lamb. Some local specialties are ćevapi, burek, dolma, sarma, pilav, gulaš, ajvar and a whole range of Eastern sweets. The best local wines come from Herzegovina where the climate is suitable for growing grapes. Plum or apple rakija, is produced in Bosnia. 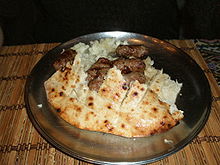 Bosnian Ćevapi with onions in a somun 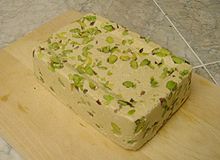 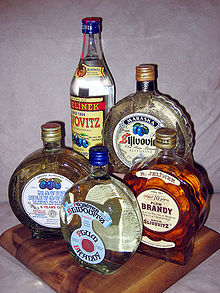 Wines are produced mainly in Herzegovina, in the regions of Mostar, Čitluk, Ljubuški, Stolac, Domanovići, and Međugorje.

Local spirits are distilled from plums, pears, or grapes, with alcohol content of 45% and higher.