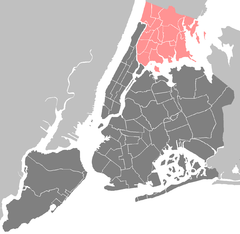 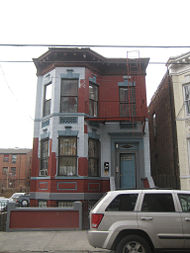 Crotona Park East, also known as Crotona (not to be confused with Crotona Avenue in nearby East Tremont), is a low income residential neighborhood geographically located in the southwest Bronx in New York City. The neighborhood is part of Bronx Community Board 3. Its boundaries, starting from the north and moving clockwise are: the Cross-Bronx Expressway to the north, the Bronx River to the east, East 167th Street to the south, and Crotona–Prospect Avenue to the west. Southern Boulevard is the primary thoroughfare through East Morrisania. Zip codes include 10459 and 10460. The area is patrolled by the 42nd Precinct located at 830 Washington Ave in Morrisania. NYCHA property in the area is patrolled by P.S.A. 7 at 737 Melrose Avenue in the Melrose section of the Bronx.

Crotona Park East has a population of 75,656. The demographics are 14.2% White, 51.5% African American, 1.2% Native American, 0.8% Asian, 0.1% Pacific Islander, 26.3% other, 6.0% two or more races and 50.4% Hispanic or Latino. For decades East Morrisania has been one of the poorest communities in America. Over half the population lives below the poverty line and receives public assistance. The majority of residents in the area are of Puerto Rican or African American descent. The vast majority of households are renter occupied, 93.5% of all housing.[1]

Land use and terrain

Crotona Park East is dominated by tenement buildings, older multi-unit homes, vacant lots, public housing projects, and newly constructed subsidized attached multi-unit townhouses and apartment buildings. Most of the original housing stock was structurally damaged by arson and eventually razed by the city. The total land area is less than a square mile. The terrain is somewhat hilly.

From 1670, the land of the neighborhood was the estate of the Morris family in Westchester County.

In the 1970s, Crotona Park East and many other low income sections of the New York City were being ravaged by arson. By the 1980s, the South Bronx had become a national symbol of urban decay. Community groups such as Banana Kelly, the Mid-Bronx Desperadoes, and SEBCO (Southeast Bronx Community Organization) were helping to maintain existing buildings which were structurally intact after fires. They played a pivotal role in the construction of subsidized multi-family homes and apartment buildings in most of Crotona Park East