Werner Erhard vs. Columbia Broadcasting System is a lawsuit filed on March 3, 1992 by Werner Erhard in Illinois Circuit Court of Cook County against CBS and twenty-two other defendants.[1][2] The lawsuit centered on a March 3, 1991 broadcast of the CBS News program 60 Minutes titled "Werner Erhard",[3][4] which broadcast statements by Erhard's daughters and associates asserting sexual abuse, incest, and physical abuse[5][6] which his daughters later retracted.[7][8][9][10][11]

Erhard's attorney was Walter Maksym,[12] who would later serve as executive producer of a 2006 film about his client.[13] In the complaint, Erhard asserted libel, defamation, slander, and invasion of privacy, as well as conspiracy to defame him.[2][12] Multiple defendants in the lawsuit filed motions to dismiss the case.[14] On May 20, 1992, Erhard filed a request to dismiss his own case.[14] He sent checks for $100 to each of the defendants, covering the filing fees they had paid in the case.[2] 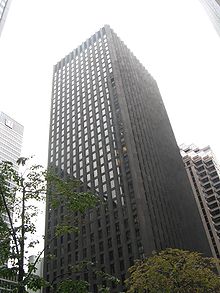 Werner Erhard's complaint included CBS in relation to a March 3, 1991 broadcast of the CBS News program 60 Minutes, in addition to naming approximately twenty other defendants.[1][2]

On March 3, 1991, CBS broadcast a segment of its news program 60 Minutes titled, "Werner Erhard".[4][15] which they later voluntarily removed from their archives due to factual discrepancies. [16] The program included allegations from members of Erhard's family that he abused them physically and sexually.[15][17][18][19][20] Specifically Erhard's daughter, Deborah Pimental, stated that he molested her when she was 16,[5][6] and claimed that he raped her sister.[5] The daughter referred to by Pimental refused to speak to the media about the allegations.[6] Celeste and Adair Erhard also appeared on-camera alleging their father abused them.[6][16] Erhard's daughters subsequently retracted these allegations.[7][8][9][10][11]

Dawn Damas, the family governess, also alleged that Erhard beat his son St. John when he was 12 years old because he received poor marks in school, which the interviewer claimed St. John confirms.[5] Dr. Robert Larzalere, a former employee of Erhard, also alleged that he choked Erhard's wife Ellen Erhard on Erhard's behalf, a story corroborated on-air by Adair.[21] The broadcast also included other allegations from est staff members that Erhard subjected them to physical and emotional abuse[5] and brought up a conflict between the Internal Revenue Service and Erhard over tax issues.[16] Werner Erhard himself did not appear on camera in the program, but did issue a statement to 60 Minutes saying, "to respond to the accusations at this time would only further publicly exploit my family."[5]

Werner Erhard filed a motion to dismiss his own lawsuit against the twenty defendants,[14] and sent checks for $100 to each of the defendants, covering the filing fees they had paid in the case.[2]

In an interview with the San Jose Mercury News, Erhard denied the allegations of incest.[17] Erhard also denied the statements that he had abused his children.[22] On March 3, 1992 (one-year-to-the-date after the initial 60 Minutes broadcast), Erhard filed a libel and defamation lawsuit against twenty defendants, including CBS, John Hubner of San Jose Mercury News, Hustler, National Enquirer, the organization Cult Awareness Network, and San Francisco attorney Andrew Wilson.[1][2][12][23] The lawsuit was filed in Cook County Circuit Court in Chicago, Illinois.[1]

Erhard was represented in the lawsuit by Illinois attorney Walter Maksym;[12] Maksym sent approximately two dozen letters to author Steven Pressman and publisher St. Martin's Press regarding the 1993 Erhard biography, Outrageous Betrayal,[24] and was executive producer of a 2006 film about Erhard: Transformation: The Life & Legacy of Werner Erhard.[13] Wilson won a wrongful termination case against Erhard in 1991, and had represented Charlene Afremow in her US$2 million lawsuit against Erhard.[23][25] The January 21, 1991 edition of National Enquirer contained an article about Erhard, as did the August 1991 issue of Hustler, and Erhard claimed both sources contained false statements.[1] He described as inaccurate assertions made by an individual who described herself as an official of the Cult Awareness Network.[26]

The lawsuit included charges of slander, invasion of privacy, and conspiracy.[12] Erhard's lawsuit sought punitive damages in addition to compensation related to the asserted charges.[26] Erhard alleged the defendants had engaged in a "conspiracy to defame and ruin me".[2][23] Erhard accused Wilson of "orchestrating" the negative publicity "that drove me out of the country".[23] He claimed the 60 Minutes program "contained false, misleading, and defamatory statements".[3] Erhard claimed in the lawsuit that CBS News falsely characterized him "as a role model claiming to be God and involved in 'idolatry'",[26] and said this was false because he "did not advertise himself as such but strongly and consistently encouraged people to think for themselves".[1] He stated that the piece was aired with "total disregard for the truth", and said that it put forth claims that he was the leader of a cult and practiced mind control.[1] The Chicago Sun-Times reported the day after the complaint was filed, "Erhard maintained that the damages are vast, ongoing and cannot be fully ascertained at this point."[26]

Speaking for journalist John Hubner, attorney Edward P. Davis Jr. of the San Jose Mercury News stated that the allegations by Erhard were false.[12] "It's frivolous. Why they're dragging John into it is hard to say," said Davis Jr.[12] The Chicago Sun-Times attempted to contact representatives of National Enquirer, Hustler magazine, and CBS for a statement about Werner Erhard's lawsuit against them, but they were "not available for comment".[26] In April and May 1992, multiple parties including Dawn Damas, David Duffy, National Enquirer, Jeffrey Rodack, and Hustler magazine, filed motions to dismiss the entire case.[14]

On May 20, 1992, Erhard filed a motion to dismiss his own lawsuit against the twenty defendants.[14] By June 1992, Erhard had dropped his lawsuit against 60 Minutes and the other defendants, and sent checks for $100 to each of the defendants, covering the filing fees they had paid in the case.[2] "$100 doesn't cover the aggravation but I'd like to forget the whole thing," said Andrew Wilson in a statement in the San Francisco Chronicle.[2] Erhard dropped the lawsuit before a court decision had been reached in the case.[3] In a 1993 interview with Larry King, Erhard said he decided to drop the suit because he had received legal advice telling him that in order to win it, it would not be sufficient to prove that CBS knew the allegations were false, but that he would also need to prove that CBS acted with malice.[27] Erhard stated to King that his family members had since retracted their allegations, which had been made under pressure from CBS, and that the accusations of tax evasion aired in the program were "misunderstandings" that were in the process of being resolved.[27] In September 1996, the IRS settled its lawsuit with Erhard, paying him $200,000 in damages; IRS officials admitted that media reports quoting them on Erhard's tax liabilities had been false, and that they took no action to have the media correct these statements.[9][28]