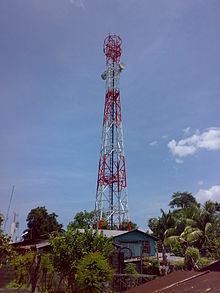 In radio communication, a control channel is a central channel that controls other constituent radios by handling data streams. It is most often used in the context of a trunked radio system, where the control channel sends data which coordinates users in talkgroups.

The Broadcast Control Channel is transmitted by the BTS at all times. The RF carrier used to transmit the BCCH is referred to as the BCCH carrier. The MS monitors the information carried on the BCCH periodically (at least every 30 secs), when it is switched on and not in a call.

The BCCH Consists of:

The BCCH is transmitted at constant power at all times, and all MS that may seek to use it measure its signal strength. “Dummy” bursts are transmitted to ensure continuity when there is no BCCH carrier traffic.

b. Frequency Correction Channel (FCCH): This is transmitted frequently on the BCCH timeslot and allows the mobile to synchronize its own frequency to that of the transmitting base site. The FCCH may only be sent during timeslot 0 on the BCCH carrier frequency and therefore it acts as a flag to the mobile to identify Timeslot 0.

c. Synchronization Channel (SCH) The SCH carries the information to enable the MS to synchronize to the TDMA frame structure and know the timing of the individual timeslots. The following parameters are sent:

The Common Control Channel (CCCH) is responsible for transferring control information between all mobiles and the BTS. This is necessary for the implementation of “call origination” and “call paging” functions. It consists of the following:

a. Random Access Channel (RACH) Used by the mobile when it requires gaining access to the system. This occurs when the mobile initiates a call or responds to a page.

b. Paging Channel (PCH) Used by the BTS to page MS, (paging can be performed by an IMSI, TMSI or IMEI).

c. Access Grant Control Channel (AGCH) Used by the BTS to assign a dedicated control channel to a MS in response to an access message received on the Random Access Channel. The MS will move to the dedicated channel in order to proceed with either a call setup, response to a paging message, Location Area Update or Short Message Service.

d. Cell Broadcast Channel (CBCH) This channel is used to transmit messages to be broadcast to all MS’s within a cell. The CBCH uses a dedicated control channel to send its messages, however it is considered a common channel because all mobiles in the cell can receive the messages.

Active MS’s must frequently monitor both BCCH and CCCH. The CCCH will be transmitted on the RF carrier with the BCCH.

The DCCH is a single timeslot on an RF carrier that is used to convey eight Stand-alone Dedicated Control Channels (SDCCH). A single MS for call setup, authentication, location updating and SMS point to point use a SDCCH. As we will see later, SDCCH can also be found on a BCCH/CCCH timeslot, this configuration only allows four SDCCHs.

a. Associated Control Channels (ACCH) These channels can be associated with either an SDCCH or a TCH. They are used for carrying information associated with the process being carried out on either the SDCCH or the TCH.

b. Slow Associated Control Channel (SACCH) Conveys power control and timing information in the downlink direction (towards the MS) and Receive Signal Strength Indicator (RSSI), and link quality reports in the uplink direction.

c. Fast Associated Control Channel (FACCH) The FACCH is transmitted instead of a TCH. The FACCH ‘‘steals” the TCH burst and inserts its own information. The FACCH is used to carry out user authentication, handovers and immediate assignment.

All of the control channels are required for system operation, however, in the same way that we allow different users to share the radio channel by using different timeslots to carry the conversation data, the control channels share timeslots on the radio channel at different times. This allows efficient passing of control information without wasting capacity that could be used for call traffic. To do this we must organize the timeslots between those, which will be used for traffic, and those, which will carry control signaling.

The Half Rate Channel Combination (when introduced) will be very similar to the Full Rate Traffic Combination.