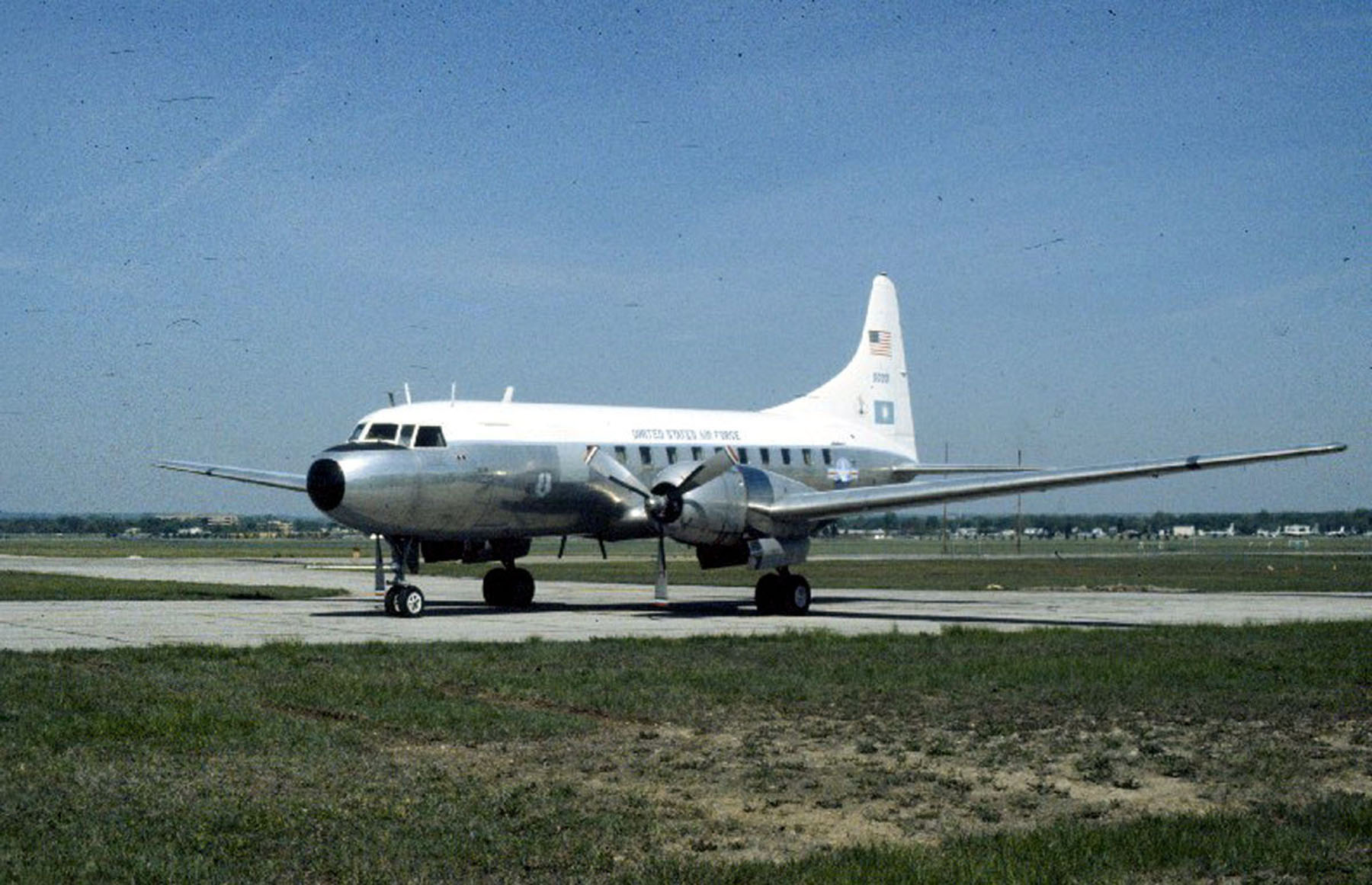 The design began life in a production requirement by for a pressurized airliner to replace the classic . Convair's original design had two engines and 40 seats, and thus it was designated the CV-240. The first 240 flew on , , and production aircraft were first delivered to American on , . Seventy-five were delivered to American, with another fifty going to , , , , and .

The used the Samaritan as the R4Y. Nearly all of the C-131s left the active inventory in the late 1970s, but and Navy units operated a few until 1990. The C-131 was eventually replaced by the C-9 Nightingale.

A Samaritan was the first aircraft used as a flying testbed in mid-1963, in a program known as Project Tailchaser. A C-131B (#53-7820) was given a gunsight for the side window, but instead of guns it had cameras in the cargo area. Eventually the C-131 was ferried to in and a General Electric SUU-11A/A 7.62 mm -style was installed. Live ammunition was used and both over-water and over-land tests were successful.