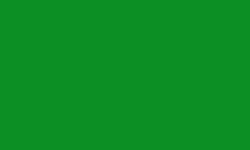 The Conservative Party (Spanish: Partido Conservador) is a conservative political party in Nicaragua. The party's colour is green and its emblem is a torch of freedom in a circle. Its slogan is “Dios, Orden, Justicia” ("God, Order, Justice"), often depicted on the three sides of a triangle.

In 1893 the conservative party split, and the liberals took advantage of this to make a successful rebellion. The conservative party returned to power in 1910, following the intervention of American troops. It remained in power until another liberal rebellion in 1926, and a coalition government was established.

Factions of the conservative party, along with factions of the liberal party, helped Anastasio Somoza Garcia to gain power. Somoza established his own party, the Nationalist Liberal Party, and though the Somoza regime was overthrown in 1979, the conservative party has never recovered the amount of power that it had during previous times. Many conservatives, however, vigorously opposed the Somoza regime, and for the 1967 elections formed a 1966 National Opposition Union with other parties opposed to the Somoza regime. In the first elections after the Revolution, in 1984, the Conservatives finished runner-up behind the FSLN. In 1990 the Conservative Party joined the United Nicaraguan Opposition to successfully oppose the Sandinista National Liberation Front in elections. Following the rapid collapse of that party, the conservatives became the third largest political force in the country, but much smaller than the Sandinistas or the Constitutional Liberal Party. At the legislative elections, held on 4 November 2001, the party won 2.1% of the popular vote and 2 out of 90 seats in the National Assembly. The same day, Alberto Saborío won only 1.4% in the presidential elections. In the 2006 election it became part of a coalition with the Nicaraguan Liberal Alliance.