Conservation in the United States

Conservation in the United States 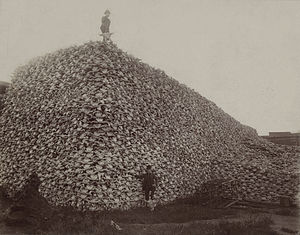 Conservation in the United States can be traced back to the 19th century with the formation of the first National Park.

During the 19th century, Americans developed a deep and abiding passion for nature. The early evolution of the conservation movement began through both public and private recognition of the relationship between man and nature often reflected in the great literary and artistic works of the 19th century.[1] Artists, such as Albert Bierstadt, painted powerful landscapes of the American West during the mid 19th century, which were incredibly popular ages representative of the unique natural wonders of the American frontier.[2] Likewise, in 1860, Frederic Edwin Church painted "Twilight in the Wilderness", which was an artistic masterpiece of the era that explored the growing importance of the American wilderness.[2]

Many American writers also romanticized and focused upon nature as a subject matter. However, the most notable literary figure upon the early conservation movement proved to be Henry David Thoreau. Throughout his work, Walden, Thoreau detailed his experiences at the natural setting of Walden Pond and his deep appreciation for nature. In one instance, he described a deep grief for a tree that was cut down. Thoreau went on to bemoan the lack of reverence for the natural world: "I would that our farmers when they cut down a forest felt some of that awe which the old Romans did when they came to thin, or let in the light to, a consecrated grove".[3] As he states in Walden, Thoreau "was interested in the preservation" of nature.[3] In 1860, Henry David Thoreau delivered a speech to the Middlesex Agricultural Society in Massachusetts; the speech, entitled "The Succession of Forest Trees", explored forest ecology and encouraged the agricultural community to plant trees. This speech became one of Thoreau's "most influential ecological contributions to conservationist thought".[2]

The early conservation movement in the United States was also successful due to the hard work of John Muir. Muir was a former carriage worker who was nearly blinded by an accident at work. After almost losing his sight, Muir decided to see "America's natural wonders".[4] Based upon his travels throughout Yosemite and the Sierra Nevada Mountains, Muir wrote a collection of articles for Century magazine, entitled "Studies in the Sierra".[4] In 1892, John Muir joined forces with the editor of "Century" Magazine, Robert Underwood Johnson, to establish the Sierra Club, an organization designed to protect America's natural resources and public parks.[4] Early Americans recognized the importance of natural resources and the necessity of wilderness preservation for sustained yield harvesting of natural resources. In essence, the preservation of wilderness and landscapes were recognized as critical for future generations and their continued subsistence in a healthy environment. The foundation of the conservation movement is grounded during this period between 1850 and 1920. Ultimately, historical trends and cultural mind-sets were united, which influenced ideas and policy towards the early history of the conservation movement in the United States.

The conservation of natural resources is the fundamental problem. Unless we solve that problem, it will avail us little to solve all others.

America had its own conservation movement in the 19th century, most often characterized by George Perkins Marsh, author of Man and Nature. The expedition into northwest Wyoming in 1871 led by F. V. Hayden and accompanied by photographer William Henry Jackson provided the imagery needed to substantiate rumors about the grandeur of the Yellowstone region, and resulted in the creation of Yellowstone National Park, the world's first, in 1872. Travels by later U.S. President Theodore Roosevelt through the region around Yellowstone provided the impetus for the creation of the Yellowstone Timberland Reserve in 1891. The largest section of the reserve was later renamed Shoshone National Forest, and it is the oldest National Forest in the U.S. But it was not until 1898 when German forester Dr. Carl A. Schenck, on the Biltmore Estate, and Cornell University founded the first two forestry schools, both run by Germans. Bernard Fernow, founder of the forestry schools at Cornell and the University of Toronto, was originally from Prussia (Germany), and he honed his knowledge from Germans who pioneered forestry in India. He introduced Gifford Pinchot, the "father of American forestry", to Brandis and Ribbentrop in Europe. From these men, Pinchot learned the skills and legislative patterns he would later apply to America. Pinchot, in his memoir history Breaking New Ground, credited Brandis especially with helping to form America's conservation laws.

Pinchot wrote that the principles of conservation were:

In 1891, Congress passed the Forest Reserve Act, which allowed the President of the United States to set aside forest lands on public domain.[7] A decade after the Forest Reserve Act, presidents Harrison, Cleveland, and McKinley had transferred approximately 50,000,000 acres (200,000 km2) into the forest reserve system.[8] However, President Theodore Roosevelt is credited with the institutionalization of the conservation movement in the United States.[4]

For President Roosevelt, the conservation movement was not about the preservation of nature simply for nature itself. After his experiences traveling as an enthusiastic, zealous hunter, Roosevelt became convinced of "the need for measures to protect the game species from further destruction and eventual extinction".[9] President Roosevelt recognized the necessity of carefully managing America's natural resources. According to Roosevelt, "We are prone to speak of the resources of this country as inexhaustible; this is not so".[10] Nonetheless, Roosevelt believed that conservation of America's natural resources was for the successful management and continued sustain yield harvesting of these resources in the future for the benefit and enjoyment of the American people. Roosevelt took several major steps to further his conservation goals.In 1902, Roosevelt signed the National Reclamation Act, which allowed for the management and settlement of a large tract of barren land.[4] Then, in 1905, President Roosevelt helped to create the United States Forest Service and then appointed respected forester, Gifford Pinchot, as the first head of the agency.[4] By the end of his presidency, Theodore Roosevelt, in partnership with Gifford Pinchot, had successfully increased the number of national parks as well as added area to existing forest reserves.

Despite these advancements, the American conservation movement did have difficulties. In the early 1900s the conservation movement in America was split into two main groups: conservationists, like Pinchot and Roosevelt, who were utilitarian foresters and natural rights advocates who wanted to protect forests "for the greater good for the greatest length", and preservationists, such as John Muir, the founder of the Sierra Club. Important differences separated conservationists like Roosevelt and Pinchot from preservationists like Muir. As a preservationist, Muir envisioned the maintenance of pristine natural environments where any development was banned.[4] Whereas conservationists wanted regulated use of forest lands for both public activities and commercial endeavors, preservationists wanted forest to be preserved for natural beauty, scientific study and recreation. The differences continue to the modern era, with sustainable harvest and multiple-use the major focus of the U.S. Forest Service and recreation emphasized by the National Park Service. 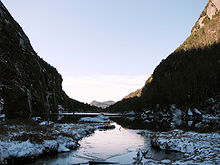 For the modern era, the U.S. Forest Service has noted three important aspects of the conservation movement: the climate change, water issues, and the education of the public on conservation of the natural environment, especially among children.[12] In regards to climate change, the U.S. Forest Service has undertaken a twenty year research project to develop ways to counteract issues surrounding climate change.[12] However, some small steps have been taken regarding climate change. As rising greenhouse gases contribute to global warming, reforestation projects are seeking to counteract rising carbon emissions. In Oregon, the Department of Forestry has developed such a small reforestation program in which landowners can lease their land for one hundred years to grow trees. In turn, these trees offset carbon emissions from power companies.[11] Moreover, reforestation projects have other benefits: reforested areas serve as a natural filter of agricultural fertilizers even as new wildlife habitats are created.[11] Reforested land can also contribute to the local economy as rural landowners also distribute hunting leases during the years between harvests.[11]

In essence, projects, such as reforestation, create a viable market of eco-friendly services mutually beneficial to landowners, businesses and society, and most importantly, the environment. Nonetheless, such creative plans will be necessary in the near future as the United States struggles to maintain a positive balance between society and the finite natural resources of the nation. Ultimately, through dedicated research, eco-friendly practices of land management, and efforts to educate the public regarding the necessity of conservation, those individuals dedicated to American conservation seek to preserve the nation's natural resources.[12]

Game wardens or conservation officers are employed to protect wildlife and natural areas.

Some of the more notable American conservationists include: