The Preparatory Commission has a Plenary Body (sometimes called the Preparatory Commission as well) which meets twice a year and is composed of the countries that signed the CTBT.[3] Its current chairperson is Ambassador Selma Ashipala-Musavyi of Namibia. The commission has two working groups working on financial (Working Group A) and verification matters (Working Group B). Its main activities are performed by the Provisional Technical Secretariat. This organization is led by the Executive Secretary. An overview of Executive Secretaries is shown below:

The Preparatory Commission has started building the global systems for the detection of nuclear tests. The system consists of an International Monitoring System (IMS), a Global Communications Infrastructure as well as an International Data Center. The systems are not complete but for a large part operational. 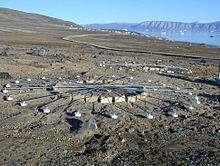 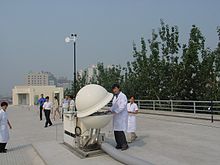 The IMS, when completed, will consist of: 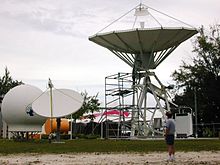 Data from all stations are transmitted to the CTBTO International Data Centre (IDC) in Vienna through a global private data network known as GCI, which is largely based on satellite (VSAT) links. As of mid-2005, more than half of the planned IMS stations were providing data.

At the IDC, IMS data collected through GCI - approximately 16 gigabytes per day - is stored and correlated using custom software to generate reports of significant events, which are subsequently reviewed by specially trained analysts in order to prepare quality-controlled event bulletins. The IDC operates a large redundant database of events and a 125 terabyte mass storage facility that provides archiving capacity for more than ten years of verification data.