Communication with extraterrestrial intelligence (CETI) is a branch of the search for extraterrestrial intelligence that focuses on composing and deciphering messages that could theoretically be understood by another technological civilization. The best-known CETI experiment was the 1974 Arecibo message composed by Frank Drake and Carl Sagan. There is no single organization involved in CETI, such as the SETI Institute, and the abbreviations CETI and SETI alone should not be taken as referring to any organization.

In the nineteenth century there were many books and articles about the possible inhabitants of other planets. Many people believed that intelligent beings might live on the Moon, Mars, and Venus; but since travel to other planets was not yet possible, some people suggested ways to signal the extraterrestrials even before radio was discovered.

Carl Friedrich Gauss suggested that a giant triangle and three squares, the Pythagoras, could be drawn on the Siberian tundra. The outlines of the shapes would have been ten-mile wide strips of pine forest, the interiors could be rye or wheat. 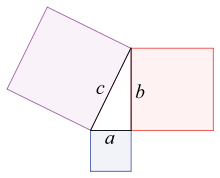 Joseph Johann Littrow proposed using the Sahara as a blackboard. Giant trenches several hundred yards wide could delineate twenty-mile wide shapes. Then the trenches would be filled with water, and then enough kerosene could be poured on top of the water to burn for six hours. Using this method, a different signal could be sent every night.

Meanwhile, other astronomers were looking for signs of life on other planets. In 1822, Franz von Gruithuisen thought he saw a giant city and evidence of agriculture on the moon, but astronomers using more powerful instruments refuted his claims. Gruithuisen also believed he saw evidence of life on Venus. Ashen light had been observed on Venus, and he postulated that it was caused by a great fire festival put on by the inhabitants to celebrate their new emperor. Later he revised his position, stating that the Venusians could be burning their rainforest to make more farmland.[citation needed]

By the late 1800s, the possibility of life on the moon was put to rest. Astronomers at that time believed in the Kant-Laplace hypothesis, which stated that the farthest planets from the sun are the oldest—therefore Mars was more likely to have advanced civilizations than Venus. It was evident that Venus was perpetually shrouded in clouds, so the Venusians probably would not be very good astronomers. Subsequent investigations focused on contacting Martians. In 1877 Giovanni Schiaparelli announced he had discovered "canali" ("channels" in Italian, which occur naturally, and mistranslated as "canals", which are artificial) on Mars—this was followed by thirty years of Mars enthusiasm.

The inventor Charles Cros was convinced that pinpoints of light observed on Mars and Venus were the lights of large cities. He spent years of his life trying to get funding for a giant mirror with which to signal the Martians. The mirror would be focused on the Martian desert, where the intense reflected sunlight could be used to burn figures into the Martian sand.

Inventor Nikola Tesla mentioned many times during his career that he thought his inventions such as his Tesla coil, used in the role of a "resonant receiver", could communicate with other planets[1][2] and even observed repetitive signals of what he believed were Extraterrestrial radio communications coming from Venus or Mars in 1899. However, these "signals" turned out to be terrestrial radiation.

Around 1900, The Guzman Prize was created; the first person to establish interplanetary communication would be awarded 100,000 francs under one stipulation: Mars was excluded because Madame Guzman thought communicating with Mars would be too easy to deserve a prize.[3]

When the Martian canals proved illusory, it seemed that humans were alone in the solar system.

Published in 1953 by Lancelot Hogben describes a system for combining numbers and operators in a series of short and long pulses. In Hogben's system, short pulses represent numbers, while trains of long pulses represent symbols for addition, subtraction, etc.

Lincos: Design of a Language for Cosmic Intercourse, published in 1960 by Hans Freudenthal, expands upon Astraglossa to create a general-purpose language derived from basic mathematics and logic symbols. A new generation Lincos has been developed since 2000 by Alexander Ollongren, as a part of the more general Astrolinguistics.

The science fiction novel Contact by Carl Sagan explored in some depth how a message might be constructed to allow communication with an alien civilization, using the prime numbers as a starting point, followed by various universal principles and facts of mathematics and science. Sagan also edited a non-fiction book on the subject,[4] which has recently been updated.[5]

In his science fiction novel The Hercules Text, Jack McDevitt describes an extraterrestrial message based on powers of 2 as a starting point.

A language based on the fundamental facts of science

Published in 1992 by Carl Devito and Richard Oehrle, is similar in syntax to Astraglossa and Lincos but builds its vocabulary around known physical properties.

Pictorial communication systems seek to describe fundamental mathematical or physical concepts via simplified diagrams sent as bitmaps. These messages assume that the recipient has similar visual capabilities (weak assumption) and can understand basic mathematics and geometry (strong assumption because both are prerequisites for building the optimal shape for a radio or optical telescope). A common critique of these systems is that they assume a shared understanding of special shapes, which may not be the case with a species with substantially different vision, and therefore a different way of interpreting visual information. For instance, an arrow representing the movement of some object could be interpreted as a weapon firing.

The two Pioneer plaques were launched on Pioneer 10 and Pioneer 11 in 1972 and 1973, depicting the location of the Earth in the galaxy and the solar system, and the form of the human body.

Launched in 1977, the Voyager probes carried two golden records that were inscribed with diagrams depicting the human form, our solar system and its location. Also included were recordings of pictures and sounds from Earth.

The Arecibo message, transmitted in 1974, was a 1679 pixel image with 73 rows and 23 columns. It shows the numbers one through ten, the atomic numbers of hydrogen, carbon, nitrogen, oxygen, and phosphorus, the formulas for the sugars and bases in the nucleotides of DNA, the number of nucleotides in DNA, the double helix structure of DNA, a figure of a human being and its height, the population of Earth, a diagram of our solar system, and an image of the Arecibo telescope with its diameter.

The Cosmic Call messages consisted of a few digital sections - "Rosetta Stone", copy of Arecibo Message, Bilingual Image Glossary, the Braastad message, as well as text, audio, video and other image files submitted for transmission by everyday people around the world. The "Rosetta Stone" was composed by Stephane Dumas and Yvan Dutil and represents a multi-page bitmap that builds a vocabulary of symbols representing numbers and mathematical operations. The message proceeds from basic mathematics to progressively more complex concepts, including physical processes and objects (such as a hydrogen atom). The message is designed with noise resistant format and characters, which make it resistant to alteration by noise. These messages were transmitted in 1999 and 2003 from Evpatoria Planetary Radar under scientific guidance of Alexander L. Zaitsev. Richard Braastad coordinated the overall project.

Stars to which messages were sent, are the following:[6]

The Teen-Age Message, composed by Russian scientists (Zaitsev, Gindilis, Pshenichner, Filippova) and teens, was transmitted from the 70-m dish of Yevpatoria Deep Space Center to six Sun-like stars on August 29 and September 3 and 4, 2001. The message consists of three parts:

Section 1 represents a coherent-sounding radio signal with slow Doppler wavelength tuning to imitate transmission from the Sun's center. This signal was transmitted in order to help extraterrestrials detect the TAM and diagnose the radio propagation effect of the interstellar medium.

Section 2 is analog information and represents musical melodies, performed on the Theremin. This electric musical instrument produces a quasi-monochromatic signal, which is easily detectable across interstellar distances. There were seven musical compositions in the 1st Theremin Concert for Aliens. It is important to understand that analog on-line transmission of the Theremin Concert in 14 minutes would take almost 50 hours in the case of transmission by the digital method, see The First Musical Interstellar Radio Message.

Section 3 represents a well-known Arecibo-like binary digital information: the logotype of the TAM, bilingual Russian and English Greeting to Aliens, and Image Glossary.

Stars to which the message was sent are the following:[6]

Algorithmic communication systems are a relatively new field within CETI. In these systems, which build upon early work on mathematical languages, the sender describes a small set of mathematics and logic symbols that form the basis for a rudimentary programming language that the recipient can run on a virtual machine. Algorithmic communication has a number of advantages over static pictorial and mathematical messages,[citation needed] including: localized communication (the recipient can probe and interact with the programs within a message, without transmitting a reply to the sender and then waiting years for a response), forward error correction (the message might contain algorithms that process data elsewhere in the message), and the ability to embed proxy agents within the message. In principle, a sophisticated program when run on a fast enough computing substrate, may exhibit complex behavior and perhaps intelligence.

CosmicOS, designed by Paul Fitzpatrick at MIT, describes a virtual machine that is derived from lambda calculus.

Logic Gate Matrices (a.k.a. LGM), developed by Brian McConnell, describes a universal virtual machine that is constructed by connecting coordinates in an n-dimensional space via mathematics and logic operations, for example: (1,0,0) <-- (OR (0,0,1) (0,0,2)). Using this method, one can describe an arbitrarily complex computing substrate as well as the instructions to be executed on it.[clarification needed]

This research focuses on the event that we receive a signal / message that is either not directed at us (eavesdropping) or one that is in its natural communicative form. To tackle this difficult but probable scenario, methods are being developed that will first detect if a signal has intelligent-like structure, categorize the type of structure detected and then decipher its content: from its physical level encoding and patterns to the parts-of-speech, which encode internal and external ontologies.[7]

Primarily, this structure modeling focuses on the search for generic human and inter-species language universals to devise computational methods by which language can be discriminated from non-language and core structural syntactic elements of unknown languages can be detected.[8] Aims of this research include: contributing to the understanding of language structure and the detection of intelligent language-like features in signals, to aid the search for extraterrestrial intelligence.[9]

The problem goal is therefore to separate language from non-language without dialogue, and learn something about the structure of language in the passing. The language may not be human (animals, aliens, computers...), the perceptual space can be unknown, and we cannot assume human language structure but must begin somewhere. We need to approach the language signal from a naive viewpoint, in effect, increasing our ignorance and assuming as little as possible.[10]