It was established in February 1999, when the Kenya Post & Telecommunication Corporation (KP&TC), was split into CCK, the Postal Corporation of Kenya (CCK) and Telkom Kenya [1].

In recognition of the rapid changes and developments in technology which have blurred the traditional distinctions between telecommunications, Information Technology (IT) and broadcasting, the Government in January 2009 enacted the Kenya Communications (Amendment) Act 2009. This statute enhanced the regulatory scope and jurisdiction of CCK, and effectively transformed it to a converged regulator.[3] 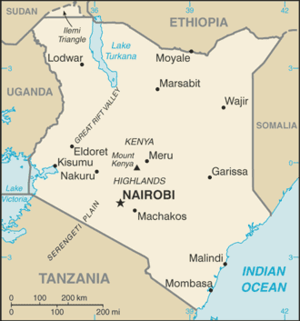 The Communications Commission of Kenya (CCK) purpose is to facilitate the development of the information and communications sectors (including broadcasting, multimedia, telecommunications and postal services) and electronic commerce through proper regulations. It derives its mandate from the following pieces of legislation:

The following are some of CCK’s mandates:

The following are some of functions of the CCK:

Below are some of the relevant sector regulations:

The 1963 Kenya’s independence transformed the colonial laws and policy development towards telecommunications, broadcasting and the media.

In 1997, the first policy guideline specific to telecommunications and postal sector liberalisation was issued based on the Economic Recovery Strategy for Wealth and Employment Creation (2003–2007). This policy guideline was developed by the Kenya Posts and Telecommunication Corporation (KP&TC) and the Ministry of Transport and Communications. It set out the role of the sector in national development, stated the policy objectives and identified targets as well as strategies to be pursued. The desired market structure for liberalisation was also articulated in the policy. This policy guideline led to the transformation of the telecommunications and postal sector, the creation of the Kenya Communications Act (KCA, 1998) and the Postal Corporation Act (1998). http://www.idrc.ca/en/ev/-93017-201-1-DO_TOPIC.html

Prior to 1998, the KP&TC was the sole provider of basic telecommunications services. Telkom Kenya was created in 1999 as a separate legal entity from the previous postal and telecommunications statutory body and is slated for privatisation. http://www.cck.go.ke

The proliferation of mass media, economic demands and pressure from donors as well as civil society forced the government to review the laws governing the media with a view to liberalizing the airwaves, abolishing of restrictive media laws, and harmonisation of Kenya Post and Telecommunication Act and Kenya Broadcasting Acts. (Mureithi, 2002)

Initially the government split KP&TC into two entities through the Kenya Communication Bill (1997) and the Postal Corporation Bill (April, 1997). However Kenyan government created the telecommunication regulator at the same time that the telecommunications and postal arms of the PTT ministry were spun off as separate operating entities through the Kenya Communications Act of 1998. This move led to the dismantled of KP&TC into the Communication Commission of Kenya, Telkom Kenya Limited and Postal Corporation of Kenya as well as the formation of to serve as the policy advisory arm of the Government on all matters pertaining to the ICT. National Communications Secretariat was also formed under the Kenya. http://www.information.go.ke

In 2000, the Ministry of Information, Transport and Communications prepared a cabinet paper on broadcasting with the status of a sector policy statement. Following that, in 2001 the ministry prepared a draft broadcasting bill and broadcasting policy, however the 2 documents never got approved by parliament. http://www.information.go.ke.

In 2004 the Ministry of Information and Communications published the draft national ICT policy aimed at creating an enabled and knowledge based society by using ICTs to improve the livelihoods of Kenyans.[5]

The Kenya Communications Act, 1998, outlines the functions of the Commission in relation to postal services as follows: