Although there have been the occasional investigation of comics as a valid art form, specifically in David Kunzle’s The Early Comic Strip; Narrative Strips and Picture Stories in the European Broadsheet from c.1450 to 1825, Gilbert Seldes’ The 7 Lively Arts and Martin Sheridan’s Classic Comics and Their Creators, contemporary anglophone Comics Studies in North America can be said to have burst onto the academic scene with both Will Eisner’s Comics and Sequential Art in 1985 and Scott McCloud’s Understanding Comics in 1993. Comics studies also can trace its roots back to the work of post-structuralist semioticians such as Roland Barthes, particularly his Image—Music—Text. 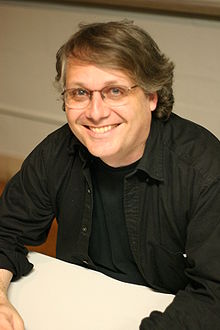 There are many definitions of “comics.” Will Eisner defined comics simply as “sequential art.” Scott McCloud, using Eisner’s definition as a starting point, defines comics as “juxtaposed pictoral and other images in deliberate sequence, intended to convey information and/or to produce an aesthetic response in the viewer.” Dylan Horrocks in his essay Inventing Comics, noticing how "hostile most cartoonists are to suggestions that comics are illustrated texts", criticized McCloud’s definition for his de-emphasizing of some elements on a continuum from word-only texts to picture-only texts, such as “cultural idiom”, a “publishing genre”, a “set of narrative conventions”, a “kind of writing that uses words and pictures”, a “literary genre” and as simply “texts.”[1] He asks where on that spectrum should we draw the border between comics and illustrated texts? Both Dylan Horrocks and R.C Harvey challenge McCloud definition, confronting McCloud to consider other texts such as children’s books[1].

In the field of Composition Studies, an interest in comics and graphic novels is growing, partially due to the work of these comics theorists but also due to Composition Studies’ growing focus on multimodality and visual rhetoric. Composition studies theorists are looking at comics as sophisticated texts, and sites of complex literacy.

Gunther Kress defines multimodality as “the use of several semiotic modes in the design of a semiotic product or event, together with the particular way in which these mode are combined”[2] or, more simply as “any text whose meanings are realized through more than one semiotic code”[3]. Kristie S. Fleckenstein sees the relationship between image and text as “mutually constitutive, mutually infused”—a relationship she names “imageword.” Fleckenstein sees “imageword” as offering “a double vision of writing-reading based on [the] fusion of image and word, a double vision of literacy”[4]. Dale Jacobs sees the reading of comics as a form of “multimodal literacy or multiliteracy, rather than as a debased form of print literacy”[5]. According to Jacobs, comics can help educators to move “toward attending to multimodal literacies” that “shift our focus from print only to multiple modalities”[6]. He encourages educators to embrace a pedagogy that will give students skills to effectively negotiate these multiple modalities.

Comics studies is becoming increasingly more common at academic institutions across the world. Some notable examples include: University of Florida[7], University of Toronto at Mississauga, and University of California Santa Cruz among others. Beside formal programs and degrees, it is common to see individual courses dedicated to comics and graphic novels in many educational institutions[8].

Scholarly publications dedicated to comics studies are growing both online and in print with more on the way.[9] ImageTexT is a peer reviewed, open access journal that began in the spring of 2004 and is based at the University of Florida. There are many others in circulation, such as European Comic Art, Image and Narrative, and the International Journal of Comic Art.

Although presentations dedicated to comics are commonplace at conferences in many fields, entire conferences dedicated to this subject are becoming more common. There have been conferences at Georgetown, Ohio State, Bowling Green State and there is a yearly conference at University of Florida. Additionally, there is an annual Michigan State University Comics Forum, which brings together academics and professionals working in the industry. The International Comics Arts Forum (ICAF), begun in 1995 at Georgetown University by Guy Spielmann and Tristan Fonlladosa, is an annual academic conference distinguished by its international focus and scholarly rigor [1]. The German Gesellschaft für Comicforschung (ComFor - Society for Comics Studies) has organized yearly academic conferences since 2006.[10]