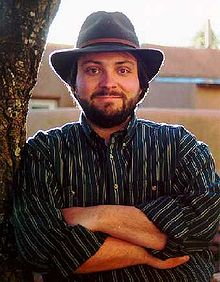 Cliff Joslyn started at Oberlin College in 1981 and received a BA in Cognitive Science, Cybernetics and Mathematics in 1985. From 1987 he continued at the State University of New York at Binghamton, where in 1989 he received a MS in Systems Science, and in 1994 under George Klir he received a PhD in Systems Science with the thesis "Possibilistic Processes for Complex Systems Modeling".

From 1994 to 1996 he was a NRC Research Associate at NASA Goddard Space Flight Center. From 1996 to 2007 he was team leader at Los Alamos National Laboratory, where he led the Knowledge and Information Systems Science research team in the Modeling, Algorithms and Informatics (CCS-3) Group of the Computer, Computational, and Statistical Sciences Division at the Los Alamos National Laboratory.[1] Since 2007 he is Chief Scientist for Knowledge Sciences at the Pacific Northwest National Laboratory in Richland, Washington, and end 2009 moved to the Seattle office.

Joslyn is on the editorial boards of the "International Journal of General Systems", the "Journal of Biosemiotics", and "Advances in Complex Systems".

In 1991 Joslyn was awarded the Sir Geoffrey Vickers' Award for Best Student Paper from the International Society for the Systems Sciences. In 1997 he received the Distinguished Performance Award: A Large Team Award for IRS Fraud Detection Projects, Los Alamos National Laboratory.[2]

Principia Cybernetica is an international organisation in the field of cybernetics and systems science focused on the collaborative development of a "computer-supported evolutionary-systemic philosophy in the context of the transdisciplinary academic fields of Systems Science and Cybernetics".[3]

The organisation was initiated in 1989 by Cliff Joslyn, and Valentin Turchin of the City College of New York and Francis Heylighen from the Vrije Universiteit Brussel in Belgium. These three scientists have managed the project ever since. They work together in an editorial board,[4] which manages the collection, selection and development of the material, and the implementation of the computer system.

At Los Alamos Joslyn and his Knowledge and Information Systems Science team performed scientific research in "computational methods for the extraction, representation, organization, synthesis, discovery, and retrieval of knowledge in databases and information systems. They especially emphasize methods for representing semantic information, and hybrid methodologies combining statistical, numerical, and quantitative with symbolic, logical, and qualitative techniques".[5]

A primary application area is computational biology, and thus they had a close working relationship with the Computational Biology and Bioinformatics team. Other application areas include homeland defense, critical infrastructure protection, intelligence analysis, decision support environments, risk and reliability analysis, and defense transformation.[5]