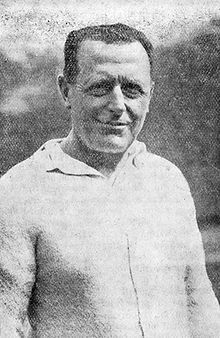 Jean Schopfer (born May 28, 1868, Morges, Switzerland – died January 9, 1931, Paris, France) was a tennis player competing for France, and a writer, known under the pseudonym of Claude Anet. He reached two singles finals at the Amateur French Championships, winning in 1892 over British player Fassitt, and losing in 1893 to Laurent Riboulet.[1]

Educated at the Sorbonne and the École du Louvre, Schopfer started writing in 1899. Under the name of Claude Anet, Schopfer published many books, among which La Révolution Russe, written after a trip to Russia during World War I, Mayerling, based on the Mayerling Incident, or Simon Kra, a biography of tennis player Suzanne Lenglen.[2]

His 1920 novel Ariane, jeune fille russe has been adapted into a number of films including Ariane and Love in the Afternoon.