Assamese cinema is cinema in the Assamese language, watched primarily in Assam, India. The industry was born in 1935 when Jyoti Prasad Agarwala released his movie Joymoti.[1] Since then Assamese cinema has developed a slow-paced, sensitive style, especially with the movies of Bhabendra Nath Saikia and Jahnu Barua.

However despite its long history, and its artistic successes, for a state that has always taken its cinema seriously, Assamese cinema has never really managed to make the breakthrough on the national scene despite its film industry making a mark in the National Awards over the years. Although the beginning of the 21st century has seen Bollywood-style Assamese movies hitting the screen, the industry has not been able to compete in the market, significantly overshadowed by the larger industries such as Bollywood.[2] 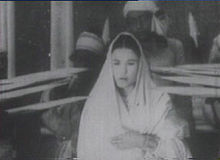 The origins of Assamese cinema can be traced back to the dreams and imagination of a revolutionary visionary Rupkonwar Jyotiprasad Agarwala, who was also a distinguished poet, playwright, composer and freedom fighter. He was instrumental in the production of the first Assamese Film Joymati in 1935, under the banner of Critrakala Movietone. Due to the lack of trained technicians, Jyotiprasad, while making his maiden film, had to shoulder the added responsibilities as the script writer, producer, director, choreographer, editor, set and costume designer, lyricist and music director. The film, completed with a budget of 60,000 rupees was released on 10 March 1935. The picture failed miserably. Like so many early Indian films, the negatives and complete prints of Joymati are missing. Some effort has been made privately by Altaf Mazid to restore and subtitle whatever is left of the prints.[3] Despite the significant financial loss from Joymati, the second picture Indramalati was filmed between 1937 and 1938 finally released in 1939.

Remaining strong in the face of adversity, Agarwala made another film after a lapse of two years titled Indramalati. It was his second and last film. The eminent composer and singer of Assam Bhupen Hazarika, played a stellar role in the play. With the passing away of Jyotiprasad, the Assamese film scene witnessed a temporary lull for about a couple of years. But things changed with the onset of World War II, Taking advantage of this, Rohini Kr. Baruah made a film on a relevant historical topic called Manomati in 1941. It was followed by films like Parvati Prasad Baruwa's Rupahi (1946), Kamal Narayan Choudhury's Badan Barphukan (1947), Phani Sharma's Siraj, Asit Sen's Biplabi, Prabin Phukan's Parghat and Suresh Goswami's Runumi.

The most remarkable film of the fifties was Piyali Phukan which went on to win a National award.The movie was produced by eminent film producer Gama Prasad Agarwalla under the aegis of Rup Jyoti Productions. The film was directed by Phani Sharma and music was composed by a young Bhupen Hazarika. The film was about the life of the freedom fighter Piyali Phukan, who stood against the British Rule. He was executed by the British on charges of Treason. This film technically was very advanced for that time. In 1955, a new talent Nip Barua made his directorial debut with Smrit Paras. His subsequent films Mak Aaru Moram and Ranga Police bagged many state awards and the silver medal at the national level. Bhupen Hazarika also produced and directed his first film Era Bator Sur. Prabhat Mukherjee made a film on the universality of mother-hood, Puberun (1959),which was shown in The Berlin Film Festival. 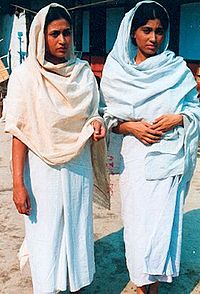 The next notable film production was Lachit Borphukan by Sarbeswar Chakraborty. Bhupen Hazarika made his unforgettable musical Shakuntala in 1961, which proved equally successful with critics and the press, winning the president's silver medal. Following this, a chain of films went into regular production and got released, including Nip Barua's Narakasur, Anil Choudhury's Matri Swarga, Brojen Barua's Itu Situ Bahuto and Mukta and Anwar Hussain's Tejimala.

By the middle of the sixties, film began to be produced in Assam on a regular basis. However, between 1935 and 1970 a total of 62 films were produced. Besides the film makers already referred to, many others engaged in film making during the period included Pravin Sharma, Saila Barua, Abdul Mazid, Amar Pathak, Indukal Pattazarika, Diben Barua, Debkumar Basu, Amulya Manna, Gauri Barman, Atul Bardoloi, Sujit Singh, Nalin Duara and Prafulla Barua.