The Imperial Japanese Army made use of hot air balloons for observation purposes in the Russo-Japanese War of 1904-1905 and purchased its first aircraft, a Farman biplane, in 1910. However, serious interest in military aviation did not develop until after World War I. Japanese military observers in Europe were quick to spot the advantages of the new technology, and after the end of the war, Japan purchased large numbers of surplus military aircraft, including Sopwith 1½ Strutters, Nieuport Bebes, and Spads.

Japanese army aviation was organized into a separate chain of command within the Ministry of War of Japan in 1919, and aircraft were being used in combat roles during the 1920 Siberian Intervention against the Bolshevik Red Army near Vladivostok. 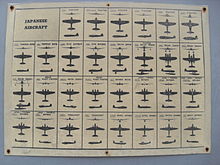 The first aircraft factory in Japan, Nakajima Aircraft Company, was founded in 1916 and later obtained a license to produce the Nieuport 24 and Nieuport 29C1 as well as the Hispano-Suiza engine. Nakajima later license-produced the Gloster Gannet and Bristol Jupiter. Similarly, Mitsubishi Heavy Industries started producing aircraft under license from Sopwith in 1921, and Kawasaki Heavy Industries started producing the Salmson bomber from France, and hired German engineers such as Dr. Richard Vogt to produce original designs such as the Type 88 bomber. Kawasaki also produced aircraft engines under license from BMW. By the end of the 1920s, Japan was producing its own designs to meet the needs of the Army, and by 1935 it had a large inventory that was technically sophisticated.

By 1941, the Japanese Army Air Force had about 1,500 combat capable aircraft. During the first years of the war, Japan continued technical development and deployment of increasingly advanced aircraft and enjoyed air superiority over most battlefields due to the combat experience of its crews, plus the low numbers and lack of preparation of the allied forces. In particular, these factors were utilized to devastating effect in the surprise attack on the USA's naval base at Pearl Harbor, Hawaii on December 7, 1941.

However, as the war continued, the industrial limitation of the country in comparison with the Allies, while still in combat in different locations, as well as bombing of the Japanese home islands made Japan unable to maintain a competitive volume of aircraft. Experienced crews were lost to attrition in combat, new ones could not be trained due to the lack of fuel and time, and towards the end of its existence the JAAF resorted to kamikaze attacks against overwhelmingly superior Allied forces.

Important aircraft used by the Imperial Japanese Army Air Force during the Second Sino-Japanese War and World War II were:

Before World War I, the basic unit of the Army Air Service was the Air Battalion (航空大隊, Kōkū Daitai?), each consisting of two squadrons (中隊, Chutai?) with nine aircraft each, plus three reserve aircraft and three earmarked for use by the headquarters, for a total of 27 aircraft per battalion. The officer commanding the chutai was the Chutaicho, whose rank was usually that of captain. The commander's aircraft often had distinctive markings, often a partly or totally scarlet, red, orange or yellow tail.

With the start of the Second Sino-Japanese War in 1937, operational conditions favored the use of many small units, resulting in the creation of many independent Air Battalions (独立飛行大隊, Dokuritsu Hikō Daitai?) or even independent squadrons (独立飛行中隊, Dokuritsu Hikō Chutai?), each with its own distinctive markings.

In August 1938, a complete re-organization of the Army Air Service resulted in the creation of the Air Combat Group (飛行戦隊, Hikō Sentai?), which replaced all of the former Air Battalions and Air Regiments. Each Air Combat Group was a single-purpose unit consisting typically of three Squadrons, divided into three flights-小隊-shōtai of three aircraft each. Together with reserve aircraft and the headquarters flight, an Air Combat Group typically had 45 aircraft (fighter) or up to 30 aircraft (bomber or reconnaissance). Two or more Air Combat Groups formed an Air Division (飛行団, Hikōdan?), which, together with base and support units and a number of Independent Squadrons, formed an Air Corps (飛行集団, Hikō Shudan?).

In 1942, the Air Corps were renamed Air Divisions (飛行師団, Hikō Shidan?), to mirror the terminology for infantry divisions, but the structure remained the same. Two Air Divisions, together with some independent units made an Air Army (航空軍, Kōkū gun?).

Throughout most of the Pacific War, the Japanese Army Air Service was organized into four Air Armies, with two more added in the final stages of the war:

Other changes in the final stages of the war was the formation of “Special Attack Units” and "Air-shaking Units", which were short-lived units with their own names (often taken from Japanese mythology or history) and markings, but located within existing squadrons. These units were specially designated and trained with the mission of air-to-air ramming of Allied bomber aircraft. They usually had their armaments removed and their airframes reinforced.

In the final phase of the war, the Special Attack Units evolved into dedicated suicide units for kamikaze missions. Around 170 of these units were formed, 57 by the Instructor Air Division alone. Notionally equipped with 12 aircraft each, it eventually comprised around 2000 aircraft.

The final reorganisation of the took place during preparation for Opertation Ketsu-Go, the defence of the home islands in 1945 when all the Air Armies were combined under a centralised command of General Masakau Kawabe .[1]

Teishin Shudan ("Raiding Group") was the IJA's special forces/airborne unit during World War II. The word teishin may be literally translated as "dash forward", and is usually translated as "raiding". It may also be regarded as similar to the "commando" designation in the terminology of other armies. The unit was a division-level force, and was part of the Imperial Japanese Army Air Service (IJAAS). The Teishin units were therefore distinct from the marine parachute units of the Special Naval Landing Forces.

'Giretsu' (義烈空挺隊, Giretsu Kūteitai?) was an airborne special forces unit of the Imperial Japanese Army formed from Army paratroopers, in late 1944 as a last-ditch attempt to reduce and delay Allied bombing raids on the Japanese home islands. The Giretsu Special Forces unit was commanded by Lieutenant General Kyoji Tominaga.

In 1940 the Japanese Army Air Service consisted of the following:

The Japanese Air Army Force had one technical section: the First Tachikawa Air Army Arsenal, which was in charge of aviation research and development. The Arsenal included a testing section for captured Allied aircraft.

Due to the poor relations between the Imperial Japanese Army and Imperial Japanese Navy, the Army found it necessary to procure and operate their own aircraft carriers for the purposes of providing escort and protection for Army transport shipping convoys. These escort/transport carriers, were converted from small passenger liners or merchant ships. These escort carriers possessed the capacity to operate from eight to 38 aircraft, depending on type and size, and were also used to transport personnel and tanks.

As an integral part of the IJA, the Army Air Service wore the standard Imperial Japanese Army Uniforms. Only flying personnel and ground crews wore sky blue trim and stripes, while officers wore their ranks on sky blue patches.