Chuck Versus the Cubic Z

Chuck Versus the Cubic Z

"Chuck Versus the Cubic Z" is the third episode of the fourth season of Chuck. It originally aired October 4, 2010. A prison transfer delivers old foes, Heather Chandler and Hugo Panzer (Nicole Richie and "Stone Cold" Steve Austin), to the Buy More, canceling Chuck Bartowski and Sarah’s romantic mission. However, Chuck grows interested when the manipulative Heather claims to know a secret about his mother. Meanwhile, as Morgan Grimes prepares the Buy More for a huge video game release, he gets a surprise from Big Mike.

Hugo Panzer ("Stone Cold" Steve Austin) and Heather Chandler (Nicole Richie) are being transported by armored truck when the truck breaks down. The driver calls his superior and reports that the furthest they can make it before the truck is repaired will be 10 miles. They are directed to the Burbank Buy More.

Sarah Walker and John Casey are sparring in Castle when General Beckman informs them that they must harbor the prisoners until helicopter transport arrives, forcing Chuck and Sarah to cancel a mission to Monaco.

After Chuck flashes on Chandler and learns she is connected to his mother and Alexei Volkoff, he and Sarah begin to interrogate her. While they discuss Chandler's demand of witness protection, Panzer escapes his cell with a rolled-up newspaper and attempts to kill Chandler. After Chuck and Sarah lock themselves inside the holding cell, Chandler reveals that she ruined a $500 million deal for Volkoff in "Chuck Versus the Cougars." Volkoff had arranged for Chandler and Panzer to be on the same transfer, so Panzer could kill her. The new "Greta" (Stacy Keibler) discovers that Hugo has escaped, but he quickly knocks her unconscious. When Casey calls Greta, Hugo reveals to him that she is "indisposed."

Panzer puts Castle in lockdown and opens the cell doors to enter and kill them. Casey uses a fire override from the outside, so that Heather, Chuck, and Sarah can escape in the ventilation system. When Hugo follows them, Casey directs them on how to escape through the ventilation ducts. When Panzer finally catches up with them, Chandler attempts to run but Sarah beats Heather to the ground while Chuck holds off Hugo. Chuck flashes on self-defense techniques when Hugo grabs his tie while falling down an air duct, but Casey manages to sneak up and capture him. Heather and Hugo, bound and ready for transport, are taken to the roof where the helicopter finally arrives but the transport turns out to be an ambush by Volkoff's men. Chuck follows Panzer, who has escaped his restraints and entered another air duct. After Casey is shot in the leg, Volkoff's men demand that they turn over Chandler. Chandler offers to sacrifice herself, but Sarah cuts her restraints so she can join in the gunfight. After seemingly killing the rest of the men, Heather and Sarah hold each other at gunpoint but Heather uses her last round to kill an operative sneaking up on Sarah.

Chuck catches up with Hugo, but he hesitates to shoot since they are so close to the store's gas line. The duct collapses into the cage in Buy More's repair department. After they brutally beat each other with various items (including repaired computers), Panzer is able to defeat Chuck by putting all his weight on him. Hugo attempts to exit the store while Big Mike lectures the customers, and Mike threatens to make an example out of him. Hugo encourages him to do so and uses Morgan as a human shield, but Mike manages to tase Hugo and release Morgan.

As Chandler and Panzer are finally transported away, Heather reveals what little she knows about Mrs. Bartowski: that when she met her in "Operation Beacon", Mary was very close to Volkoff himself.

Morgan Grimes and Greta prepare for the midnight release of the popular video game "Spy Attack", for which fanboys have camped outside the store for a week. Former manager Big Mike arrives and is rehired to help with the launch. Morgan then learns that the store is only receiving six copies of the game. He has Jeff and Lester distract the customers with poetry while he tries to negotiate more copies. When Morgan fails to get more copies, and Lester's poetry fails to distract the customers, they reluctantly reveal the predicament. The customers revolt and a riot starts.

Big Mike begins a lecture and stops the riot. When Hugo Panzer attempts to escape, Mike decides to make an example out of him and tases him. He is subsequently promoted to assistant manager. As the employees clean the trashed store, Big Mike's engagement ring for Morgan's mother is sweeped into the vent.

Morgan has been avoiding his mother's house so he wouldn't have to face Big Mike (whose job he now holds), and is worried when Mike arrives. However, Big Mike reveals that he is proud of Morgan. After spending months out at sea, he has realized that Morgan's mother is the source of his happiness, and reveals his intention to propose to her with a half-carat, pear-cut cubic zirconium. Morgan hires him as a "greenshirt" and Big Mike entrusts Morgan with the ring until Morgan judges him "worthy of [his] mother's love."

Later, when the customers start a riot, Morgan loses the ring when it is knocked onto the floor. When Hugo later uses Morgan as a human shield, Big Mike tases Hugo and releases Morgan. After Morgan fails to find the ring, he gives Mike permission to marry his mother and promotes him to assistant manager. Mike quickly forgives him. The ring is then swept into a vent, and ends up in Castle.

After Chuck mentioned getting married and having children in "Chuck Versus the Suitcase," Sarah plans to discuss this with him before they go on a romantic "once in a lifetime" mission to Monaco. This mission however, is cancelled with the arrival of Chandler and Panzer. Chandler's repeated verbal abuse and mocking of their relationship further delays their conversation and greatly irritates Sarah.

Chuck and Sarah finally get to talk after Panzer and Chandler are transported away. As they agree to take things slowly, Big Mike's engagement ring for Morgan's mother slides through the vent onto the floor. Chuck kneels down on one knee and picks up the ring, giving the appearance that he is proposing to Sarah, leaving them both in an awkward state of shock. 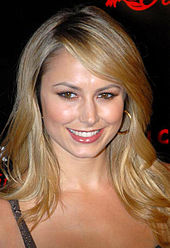