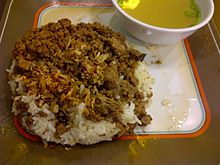 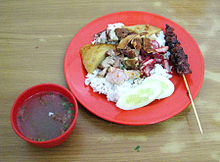 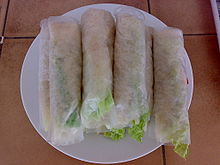 Chinese Indonesian cuisine is characterized by the mixture of Chinese with local Indonesian style. Chinese dishes modified with addition of chili, santan (coconut milk) and spices form a new Indonesian Chinese cuisine. Some of the dishes and cakes share the same style as in Malaysia and Singapore which are known as the Nonya cuisine by the Peranakan.

The Indonesian Chinese cuisine also vary with locations. For example in different parts of Java the dishes are adapted to local culture. In central Java, the food tends to be much more sweet. In Medan, North Sumatra a more traditional Chinese style can be found.

There are different style of Chinese food in Indonesia:

Some of the typical Chinese Indonesian Food: