Illinois Staats-Zeitung (Illinois State Newspaper) was a German-language newspaper published in Chicago, Illinois. The newspaper was founded in April 1848[1] as a weekly, and became a daily in 1851.[2] The newspaper had as its main ambition to maintain the use of the German language.[3] Along with the Westliche Post and Anzeiger des Westens, both of St. Louis, it was one of the three most successful German-language newspapers in the United States Midwest.[1] 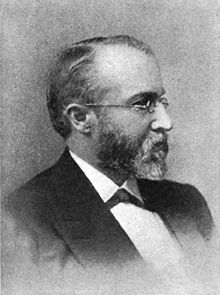 Politically, the newspaper was Republican.[4] Hermann Kriege was an early editor.[1] In the 1850s, the paper was taken over by Forty-Eighters and became a major daily newspaper of the Chicago German-born community.[5] In 1851, Georg Schneider joined the staff of the paper and became editor. Among his associates were George Hillgärtner and Daniel Hertel.[1] Schneider played a major role in building the Republican Party in Illinois, a work in which the Illinois Staats-Zeitung played an important function.[6][7] Illinois Staats-Zeitung opposed slavery, and Schneider successfully used the newspaper as a platform to campaign against the Kansas-Nebraska Act.[8] On February 22, 1856 Schneider attended, on behalf of the Illinois Staats-Zeitung, a meeting in Decatur of anti-Nebraska newspapers in Illinois. In total 26 newspapers were represented at the meeting, assembled by the Morgan Journal editor Paul Selby.[9] 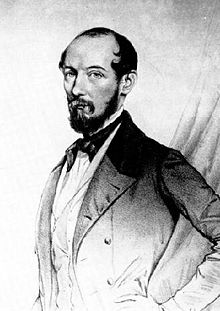 During the Civil War years, Lorenz Brentano was proprietor and editor-in-chief,[10] succeeding Schneider.[1] In these years, the paper fully dominated German-language press in the city, as Democratic German-language newspapers were short-lived at the time.[11] At this point, Illinois Staats-Zeitung was the second-largest daily newspaper in the Chicago.[12] During the war, Wilhelm Rapp was on the staff. He came from the Baltimore Wecker after a riot destroyed its office. After the war, he returned to the Wecker.

In 1867, Hermann Raster accepted the position of editor and remained until his death in 1891. Raster was the longest holder of this position.[13] Wilhelm Rapp returned to the Staats-Zeitung in 1872, and became editor when Raster died.[14]

Other notable members of the staff of the Staatszeitung were Adolph Wiesner and Caspar Butz.[15] Between 1891 and 1899, the paper had a separate evening edition, Abendblatt (Evening Paper).[16]

In 1921, the paper was sold for 25,000 dollars.[17] The paper was resurrected as Deutsch-Amerikanische Bürger-Zeitung. A short time before, the Chicagoer Freie Presse had merged with the paper.[16]